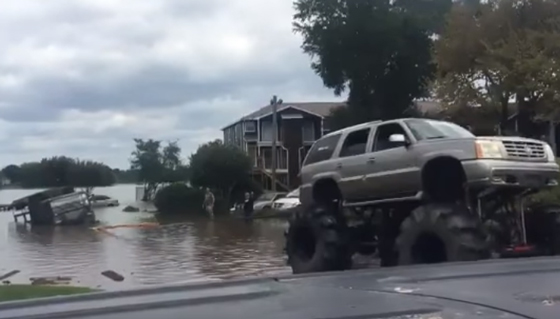 A favorite past time for many a Texan are the weekend Monster Truck rallies held all over the State. And while the big-wheeled behemoths usually serve up the loud roar of engines, insane long-jumps and family-friendly entertainment, this week a number of Monster Truckers made their way to Hurricane Harvey ravaged Houston and surrounding areas.

Watch as these beasts rescue stranded neighbors and even pull a military supply truck out of eight-foot deep waters to neighborly cheers of “yee haw!”