Was A Warning Posted To Internet Ahead Of Vegas Shooting? “Don’t Go Anywhere There Are Large Groups Of People… It’s Called A High Incident Project” 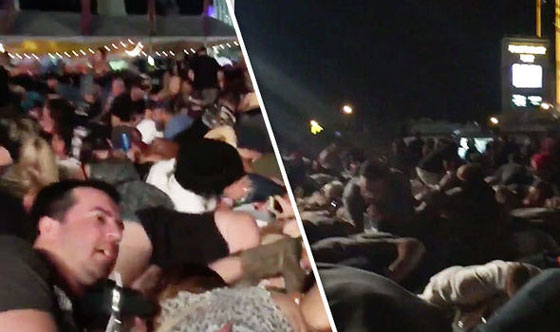 With so much information, misinformation and disinformation being released about the Las Vegas mass shooting on a near minute-by-minute basis it is difficult to make sense of what actually happened.

Adding to the confusion are emerging reports that there may have been more than one shooter, a second person in Paddock’s Mandalay Bay suite, the existence of a possible suicide note, the odd behavior of Paddock’s brother, possible ties to the Islamic State (though denied by the FBI) and a $100,000 transfer by shooter Stephen Paddock to the Philippines, which is a hotbed for illegal arms tried and nefarious activity.

It has also emerged that on September 10th an anonymous user utilizing the pseudonym “John” on the controversial 4Chan website posted a warning specifically highlighting Las Vegas as a target of a “high incident project.”

While we certainly can’t make claims to the legitimacy of the posts, they are indeed curious:

“Look i feel bad for some of you on this website. so i’ll let you in on a little secret. if you live in las vegas or henderson stay inside tomorrow. don’t go anywhere where there are large groups of people. also if you see three blacks vans parked next to each other immediately leave the area. you’re welcome -john”

“It’s called the “high incident project”. they want to make the american public think that places with extremely high security aren’t safe. they are trying to create more regulations. you will see laws proposed within the next few years to put up more metal detectors and other security devices. media and politicians will be saying places with lots of police need even more police. i can’t guarantee anything will happen tomorrow but las vegas is on their minds.
-john”

“If their plan is successful state of nevada will pass a law in the future making all casinos have mandatory metal detectors and backscatter machines. soon after a federal law will be passed to put these machines in universities, high schools, federal buildings, you name it. osi systems and chertoff are the main producers of these machines. sometime around 2020 chertoff and osi will merge into a single company. after they merge the owners will sell off all their stock and make billions in profit. mr chertoff has been in contact with sheldon adelson. mr adelson will become a huge sponsor of these machines and he will be the first to put them in his casinos when the law passes. this is my last message for now. don’t expect me to return anytime soon
-john” 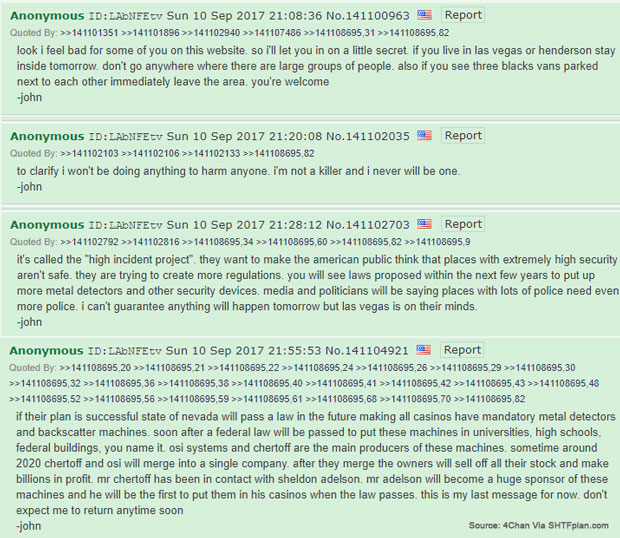 As mentioned, the information above is from an anonymous source and cannot be verified.

However, the user specifically mentions Las Vegas, large crowds being a target, and of course, the “solutions” that will following, including new security measures in and around Las Vegas, including metal detectors at casinos.

Which brings us to the following headlines, which have been hitting the mainstream media Wednesday morning: 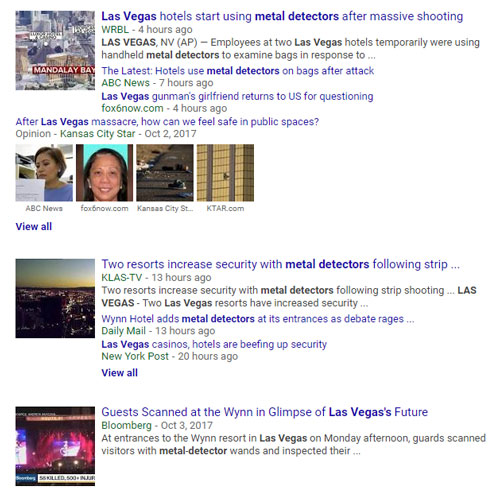 Of note is that President Trump commented on the potential for gun control in light of the Las Vegas shootings:

Trump merely said he will be “talking about gun control as time goes by,” but that’s hardly comforting to gun owners who know his history on the second amendment, and it isn’t all flags and patriotism as would believe. More likely than not, some gun control laws will be written at the state level in places that are massive democrat strongholds, like California, New Jersey, or New York.  But the possibility of more federal laws now looms over our heads too.

Is it possible that the Las Vegas attack, thus far shrouded in total mystery with respect to the shooter, his motivations, his political affiliations, and connections to extremist movements, was actually a high-level coordinated event?

We may never know and we’ll leave it to our readers to make their own determinations based on the evidence and investigations being presented by the mainstream and alternative medias.