WARNING: COULD GET NASTY FOR SILVER!

I know many want to hear that silver is ON ITS WAY to hitting $50/ounce at the SNAP OF A FINGER, but it might take a while for that to occur.

In March, $30tn worth of stocks and bonds WAS SOLD, creating enormous demand for dollars. This squeeze caused the paper price of silver to drop to $12/ounce, EVEN WHILE the physical metal was selling for double that amount.

The spread was big as it ever was. The return of liquidity to markets, ORCHESTRATED by the Federal Reserve, reassured businesses and individuals the world over that this isn’t a credit contraction. Instead, they can safely resume MARKET ACTIVITY and they did, with bullish fury.

Millennials and, in general, retail investors, who have either been staying at home, laid-off or put on paid/non-paid leave, have been looking for ways to replace their NORMAL WAGES. They have turned to the stock market, a phenomenon that has pushed valuations for certain stocks to LA-LA-LAND.

This recent correction in the NASDAQ has brought down some of the greed factor, but it’s still here and won’t be COMPLETELY DIMINISHING for the foreseeable future. 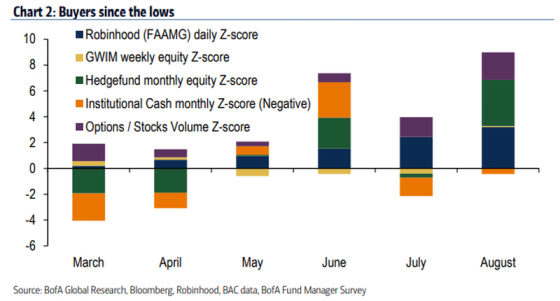 Market forecasters thought that once the professionals STARTED SELLING, these retail traders would be shaken out and run back to their caves, but as you can see, hedge funds have begun buying, NOT SELLING.

What’s really interesting is that the wealthy and the institutional money have been either SELLING or MARGINALLY BUYING throughout this period, certain of themselves that cash is better than owning stocks.

While central banks have been SHOWERING LIQUIDITY, the wealthy have been sitting in the stands LIKE SPECTATORS, viewing the match from the sidelines.

This has been A HUGE MISTAKE!

Contrary to their tactic, we’ve not been fighting with the FED and, INSTEAD, have been buying LEFT AND RIGHT, which has resulted in MASSIVE GAINS. 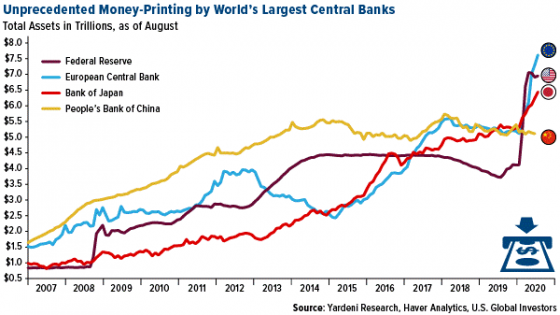 Is it time to RECONSIDER BULLISHNESS? The true answer is that it’s an ETERNAL QUESTION that an investor ought to ask himself on a daily basis.

We believe that the STRONG BOUNCE is largely over, in both silver and tech stocks. The justification for higher prices will come after the UNKNOWNS become known:

If that happens, corporate taxes and probably CAPITAL GAINS taxes are going higher, thus companies will be worth less.

Consider that possibility for a second, because it’s one reason that Ray Dalio is diversifying OUT OF U.S. EQUITIES and into other regions. 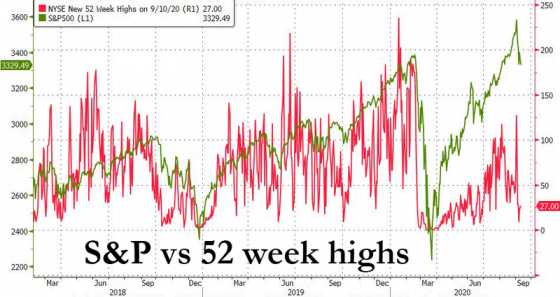 Could anyone have predicted how much FANGMAN (Facebook, Amazon, Netflix, Google, Microsoft, Apple, and Nvidia) would be COLLECTIVELY WORTH, driving the indices into all-time highs, even while the other 490 companies are relatively flat? NO! This is the value of owning AN INDEX FUND!

Now, though, with the index at all-time highs and with this HUGE BOUNCE back, the best investors are looking at the DICHOTOMY, which is to say that they’re investing in the distressed industries, which are cheap, not solely in the ones that enjoyed a STRONG TAILWIND from stay-at-home orders.

With regards to silver, you can see that investors are taking profits, AT THE MOMENT (the red lines are monthly NET OUTFLOWS): 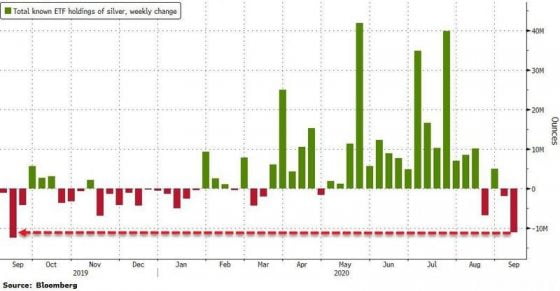 This is GOOD if you understand that it means that there’s NO BUBBLE in silver, but it’s BAD if you leveraged and are overweight on silver at present.

Silver is up more than 100% since March.

Trade with AGGRESSIVE PATIENCE; in other words, let opportunities come to you!