War Breaks Out As “OPEC+ Takes On The Entire West” 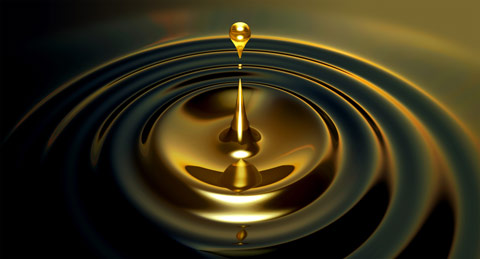 One day after we wrote that “OPEC Is Taking On The Fed“, the oil cartel did just that when it announced that it was cutting output by 2mmb/d the despite a furious diplomatic campaign by the White House hoping to avoid the inevitable, and warning that any cut would be seen as a “hostile act” by the Soros administration. Of course, despite Biden’s fondest wishes that OPEC+, which of course counts Russia among its members, would help Democrats win the midterms by keeping the price of gas low, this was not going to happen…

So shocking that OPEC saw right through the Biden admin's idiotic idea that it will somehow fund OPEC capital spending if only OPEC ignores its own best interest and helps dems (including the scorched green earth progs) win the midterms. pic.twitter.com/TDWXjYaAeq

… and not just for political reasons, but also due to the Fed’s increasingly challenging monetary policy. Yesterday, we summarized the dynamic as follows:

This morning, Rabobank’s Michael Every expanded on this, laying out the feedback loop OPEC and the Fed find themselves in:

…. in which Goldman writes that the OPEC+ cut represents a return to the Old Oil Order, where core-OPEC acts under the rational behavior of a dominant producer with pricing power: “In that sense, while exceptional, this cut is also logical as it maximizes the group’s revenues today with minimal sacrifice of future profits.” In addition, Goldman notes that “the speed at which such an agreement was formed suggests the accord was a political statement as well” adding that various OPEC+ members have expressed their displeasure at US SPR releases, broader Western price caps/’Buyers’ cartel’, as well as security concerns and a potential return to the JCPOA.

Bottom line for traders: Goldman  raises its 4Q22-1Q23 oil forecasts “conservatively” by $10/bbl, to $110/$115 respectively, “but acknowledge price risks are skewed potentially even higher.” Why? Because as Goldman notes, “recent fundamental developments reinforce these clear upside risks. Global stocks are reversing their recent builds, especially adjusting for soaring oil on water related to the redirection of Russian flows. China remains drawing at an unsustainable rate, merely delaying this tightening to ex-China balances. The latest DOE US demand estimate confirm that this summer’s demand soft patch was seasonal (WFH related), with demand rebounding since. Further, comments by Russia on the side of the OPEC+ conference comfort us in our expectation that exports are likely to decline as Europe implements both its physical embargo as well as its price cap (we expect Russian production to sequentially decline by 0.6 mb/d by spring 2023, even more conservative a forecast than the Russian oil ministry itself at -0.8 mb/d).”

Of course, Goldman warns that such a large OPEC+ effective cut will “likely warrant another response from the US administration”; and according to Michael Every some possible responses include:

To these, Goldman would also add a coordinated IEA SPR release (should prices go high enough) as a possibility. Under the current ‘energy emergency’ conditions, there are minimal constraints on the current US administration in releasing additional barrels.

However, as the 2023 fiscal year begins, it provides access to c.70mb of future budgetary planned sales. These sales are typically given a drawdown window (e.g. FY 23-25) but no constraints on the distribution of the inventory releases over this time.

To this end, the Biden administration has already announced they will continue releasing the SPR “as appropriate” as well as saying it would work with Congress to potentially enable the “NOPEC” bill that has circulated through Congress since 2008.

Needless to say, as this increasingly hot war between OPEC+ and the West (i.e., Fed) escalates, the total amount of oil available to the West will go down, not up, forcing the Fed to hike even more to offset the decline in supply with even less demand (and perhaps even forcing to US to turn “kinetic” in delivering Democracy to Ryadh), a cycle which will go on until the Fed finally breaks something in the hyperfinancialized US economy in which financial assets were 630% of GDP at least check…

… or in other words, OPEC+ doesn’t have to defeat the entire west: just its weakest financial institution whose collapse will drag down everything else. At that point global commodity producers, including Russia, will have effectively defeated the world’s former superpower.

Much more from the full must-read Goldman note available to pro subs.