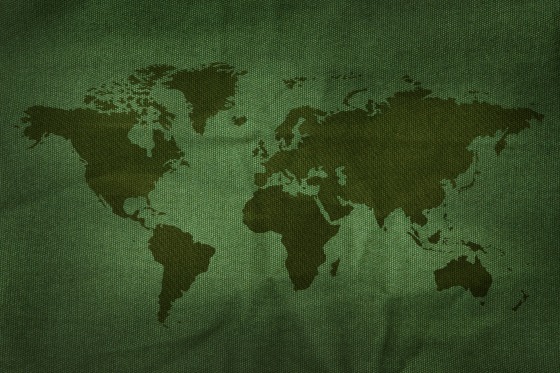 The news is rife with the Syrian airstrikes and the theatrical narrative: the united coalition of brave allies against the despotic Assad to secure the blessings of liberty, etc., etc. The reality: The U.S. threw more than 100 missiles against soft Syrian targets with Britain firing rockets from four aircraft as France flew planes around and cruised the waters with a few ships. The target (a suspected but not verified chemical weapons facility) was destroyed…before chemical weapons use, or manufacture could be verified. Once again, the Western Hegemony “showed” that bad ‘ol puddy-tat, that anti-Saudi Arabian, anti-Petrodollar Assad…showed him that his “Clorox Bleach” assault on mannequins as verified by white hat “Light-Brite” technicians would not be tolerated! “Mission accomplished!” in the words of US President Donald Trump.

Yet the brave allies didn’t screw with the Russians directly, now, did they?

If each of those Tomahawks cost an even $1 million, the US spent over $100 million plus the cost of the operation…five times that? More than half a billion dollars, right? To accomplish what?

To accomplish much, in this order more or less:

There are plenty of sources that clearly point to all of this scripted orchestration by the coalition of allies. Hal Turner published a slew of photos showing canisters of chlorine gas found at the alleged Douma atrocity site…but the canisters were manufactured in Germany, not Syria. Durden’s previously-cited article has a collage of photos showing children laying on the ground for photos as “casualties” and then posing smiling with fake blood and makeup-created wounds. The photo shows casting photographers with film “takes” and a studio with costumes and makeup supplies.

Here’s an excerpt from that piece:

“I’m sure there are lots of particulars that they’d want to negotiate, but the president multiple times reaffirmed in general to all of us and looked right at Larry Kudlow and said, ‘Larry, go get it done,'” said Sen. Ben Sasse, R-Neb.

Eleven countries signed the agreement last month. Trump’s rejection of the deal has rattled allies and raised questions at home about whether protectionism will impede U.S. economic growth.

Kansas Sen. Pat Roberts, the chairman of the Senate Agriculture, Nutrition and Forestry Committee, said he was “very impressed” that Trump had assigned Kudlow and Lighthizer “the task to see if we couldn’t take another look at TPP. And that certainly would be good news all throughout farm country.”

That last sentence was great, wasn’t it?

“Good news all throughout farm country.”

Have you ever heard a line so freaking ridiculous in all your life? What farm country? Is this “Senator” Roberts looking at one of those “Fisher Price” farms on his desk? The one with the barn that “moos” when you pull the barn door open? The one with all the happy, clean, interchangeable-body figures with hats, hair, and faces to differentiate them by their roles…farmer-father-figure, plastic-braided-hair farmgirl figure, etc.  A plastic cow with a tail that swivels, minus the dung. Plastic fences that bound the farm. And all the figurines fit neatly inside that cardboard silo with the metal bottom and the plastic cap.

That “farm country” has been engulfed by Agribusinesses such as Cargill and Monsanto. Farms feeding the millions with produce harvested by illegal aliens and robots. These crooked, thieving politicians lie to our faces and paint a Potemkin picture for the camera and stage, while they roam the countryside in the night, pillaging and enslaving the country with rapacity and protected by immunity they conferred upon themselves. Last bill passed into law? People: They, the Congress, voted themselves pay raises, and bonuses!

Obama’s TPP died by the President’s hand: now he’s pulling the stake out of its heart.

So, as you may deduce, there is plenty to be seen behind the scenes while “Operation Clorox” was conducted in Syria. Examine the information before you take a drink of that Grape Kool-Aid and blindly fall for the rhetoric. The Deep State is fully in control and moving ahead with their own agenda. They just “wagged the dog” this past weekend, and not only did most Americans fall for it…all Americans paid for it as well. Eventually when the Globalists’ plans escalate further into war, payment will be rendered in lives.