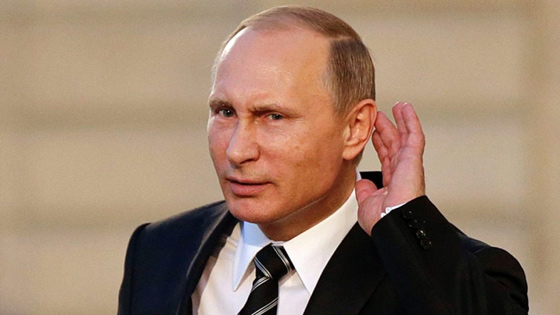 Russian President Vladimir Putin says that the “sanctions fever” coming from Western elitists “will cause common people to freeze.” While Putin is stating the obvious, he seems to naively believe Western elitists care about their slaves.

It’s obvious the ruling cares little for those slaves they lord over. It’s been obvious for a long time that the masters create rules for the peasant class that they themselves don’t have to follow. Nonetheless, ruler Putin blasted Western rulers and their ongoing “sanctions fever” in a wide-ranging speech before the Eastern Economic Forum in Vladivostok, in the country’s far east.

A Chinese delegation was the largest in attendance during Putin’s speech, according to a report by ZeroHedge. Top Chinese legislator Li Zhanshu was in attendance when the Russian leader stressed, “no matter how much someone would like to isolate Russia, it is impossible to do this.”

“Now we are seeing how production and jobs in Europe are closing one after another,” Putin said according to BBC, stressing that this is happening as “Western elites, who would not, or even cannot acknowledge objective facts.” Putin added that the world needs to break away from the system created by the West, which is a “world order that benefits only them, forcing everyone to live under the rules, which they invented and which they regularly break and constantly change depending on the situation,” he said according to a state media translation provided by RT.

Considering that the rulers in the West won’t recognize “facts”, is signaling “growing detachment” from the common people they claim to represent. And yet now, European populations could “freeze” while being denied crucial Russian energy by masters who shortsightedly want to lash out in emotional response to the Ukraine situation (which they also provoked):

“The [coronavirus] epidemic has been replaced by other global challenges that threaten the entire world,” Putin told the Eastern Economic Forum in Russia’s Pacific port city of Vladivostok.

“I’m referring to the West’s sanctions fever,” he said, criticizing “blatant and aggressive” attempts to “subjugate” countries that have not imposed economic restrictions on Russia. “Let them come to their senses,” Putin said.

The EU authorities are denying European businesses accessible raw materials, energy, and markets.” And so plummeting standards of living and the rising inflation now being experienced by Europeans – especially headed into the Winter months – will continue to be sacrificed to American interests until these leaders do finally “come to their senses”, the Russian leader explained.

As geopolitical tensions rise going into winter, it’s also important to note that Russian and China’s relations are getting even stronger. It’s been confirmed by Kremlin officials that “Putin and Chinese President Xi Jinping to meet next week at a summit in Uzbekistan,” according to ABC News. The two large nuclear superpowers also just wrapped up a week of joint war games, among multiple other nations represented, at Vostok 2022 in the same far eastern region of Russia.

All while the EU and U.S. continue to call Russia and China “bluffs.” Eventually, it won’t be a bluff though if this continues.