VIDEOS: Mysterious Lights Spotted Over California: “Airspace Over The Pacific Is Closed To Incoming Flights” 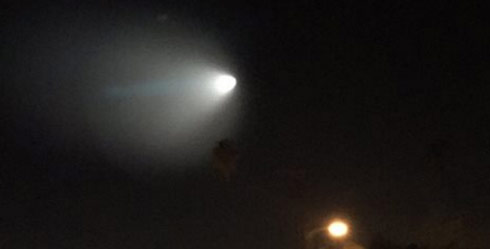 Social media pages across California exploded early Saturday evening after hundreds of witnesses reported seeing mysterious objects over the California sky. The lights, somewhat resembling a meteor in the images that have been made available on social media, appeared simultaneously, yet over 500 miles apart in both Southern and Northern California.

It is not clear whether the lights were the same object or two separate incidents.

What was mystery object that flew across NorCal sky?

SACRAMENTO, Calif. (KCRA) —A bright, unidentified flying object was spotted going over the Northern California region Saturday evening. At about 6 p.m., viewers first reported seeing a bright blue or green light with a tail-like object trailing behind it fly across the sky. Pictures and video have come into KCRA’s newsroom from across the region, including Davis, Lodi, Stockton and Roseville. The object was also reportedly seen in Southern California, Arizona and Nevada. Source: KCRA 3

Local authorities in Orange County, located in Southern California, say the lights were part of a Naval rocket test. “Light seen in OC sky was confirmed through JWA tower to be a Naval test fire off the coast,” they said on their Twitter page.

#OCSDPIO: Light seen in OC sky was confirmed through JWA tower to be a Naval test fire off the coast. No further details.

Mysterious maneuvers over the Pacific are forcing a change in Los Angeles International Airport landings late at night, meaning noise for thousands of people in the flight path.

Instead of landing from the east over Inglewood, planes begin flying from the west and over the ocean to keep noise levels down, but due to secret military operations, the airspace over the Pacific is closed to incoming flights for the next week.

The military is not saying what exactly is causing the change, and LAX claims it’s also in the dark. Castles said all they know is planes can’t be flying at low altitudes to our west.

According to AccuWeather, the Taurid meteor shower was set to peak into next week. An earlier NASA statement suggested that we could expect fireballs in the night sky across the United States.

The following video was reportedly recorded somewhere in Southern California:

The object as it appeared over Disneyland in Anaheim, California: 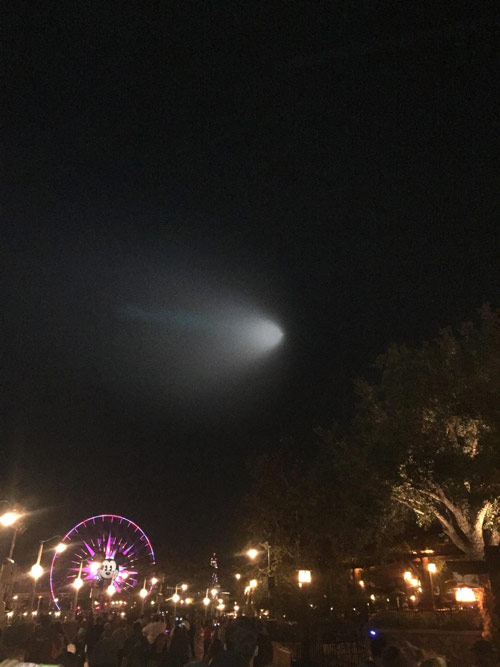 Though the military claims the object was part of a Naval missile test, it’s not the first time an unidentified flying object of this nature has been spotted.

In 2010 witnesses reported a similar sight over West Coast waters. Some reports suggest the incident may have been the result of a Chinese ballistic missile test launched from a secret nuclear submarine parked off the coast of California.

The Chinese aren’t the only ones making incursions into or near U.S. territorial borders. Russia has reportedly flown nuclear bombers and performed exercises all along the west coast. In May 2014, the Los Angeles air traffic control system was taken out of operation, leaving thousands of flights along the West Coast scrambling. The military claims a U-2 spyplane flying over head was to blame for jamming the signals, but other theories suggest Russia may have deployed a new scrambling or localized-EMP technology.

In 2009 videos of a spiral spotted over Norway went viral with analysts making theories about the incident that included a Russian missile test gone bad or a massive hologram from the government’s Project Blue Beam initiative.