VIDEO: Trump Attacked In Ohio: “The Oligarchs Are Unleashing Their Embedded Socialists To Deliver Chaos” 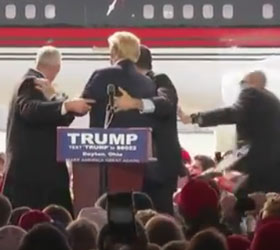 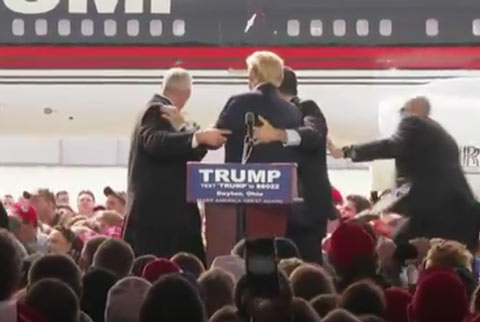 Just minutes after we published an article in which Karl Denninger argues that silencing trump as was done in Chicago will leave only one option for Americans who believe the Constitution has been attacked and supplanted, new video footage from a Saturday morning rally in Ohio shows that “protesters” are becoming more brazen, now coming for the candidate himself.

As the video footage below shows, Trump was attacked by someone near the stage. Within seconds the Secret Service moved in.

One regular SHTFplan contributor commented in response to this incident via email:

The oligarchs are unleashing their Black Lives Matter and other embedded socialists to deliver chaos.

This is only the beginning.

They want Trump out because, as we noted previously, he’s not a member of their secret club.

Mitt Romney’s possible entrance into the Presidential race should make it clear. This isn’t about Republican or Democrat.

This is about the establishment maintaining a stranglehold on the affairs of the American people.

Also read: Free Speech Silenced In Chicago: ‘Our Political Differences Can Be Settled By The Ballot Box Or The Cartridge Box’