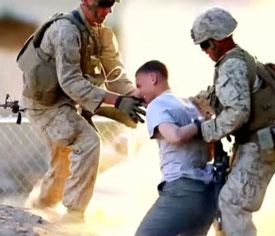 The drill was part of, “standardized tactical training and certification of unit instructor qualifications to support Marine Aviation Training and Readiness,” according to the description accompanying the video.

In plain English, the exercise was about subduing, arresting and incarcerating irate citizens during a martial law-style scenario. 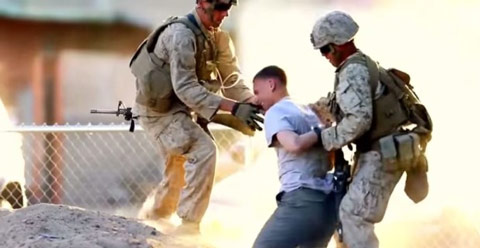 The video shows Marines landing in helicopters on a field next to a busy highway. Locals watch the exercise behind a perimeter fence while role players prepare to take part in the drill.

The Marines then practice apprehending unruly citizens, one of whom is carried away on a stretcher. 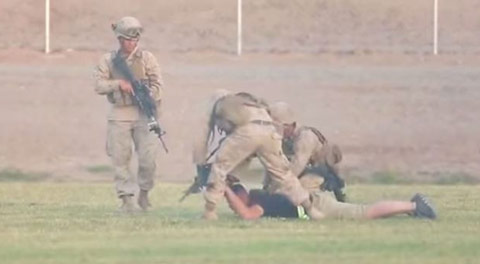 One of the role players simulates attempting to escape the enclosure before he is chased down and handcuffed by an armed Marine.

Other role players are then heard chanting “food and water” while rattling the perimeter fence as Marines look on. The video then shows more role players being chased and hauled away. One of the role players is subsequently heard to shout, “let me out!” 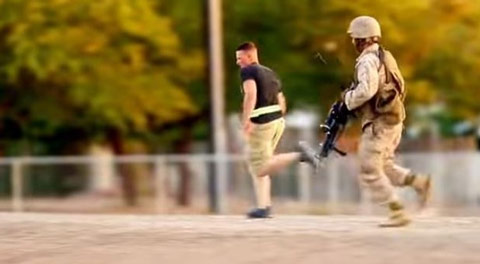 More physical struggles and chases ensue between role players and Marines before some of the citizens receive mock medical treatment, with one Marine heard describing one of the injuries as “gunshot wounds to the chest.”

Some of the victims are then loaded onto the chopper before the video clip ends. 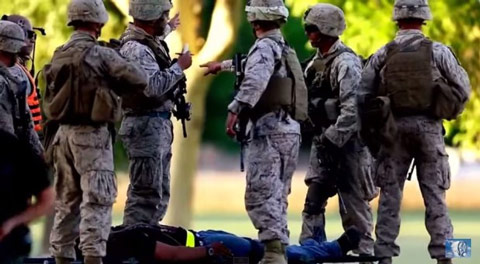 The Marines will undoubtedly claim that these exercises are to prepare for overseas combat and occupation missions, but U.S. Army manuals have made it clear that such operations also apply to the Continental United States (CONUS), and will be used against American citizens during a national emergency.

Concerns over such exercises have been raised after the announcement of Jade Helm, a nationwide military exercise set to begin in July during which troops will operate undercover amongst local populations. 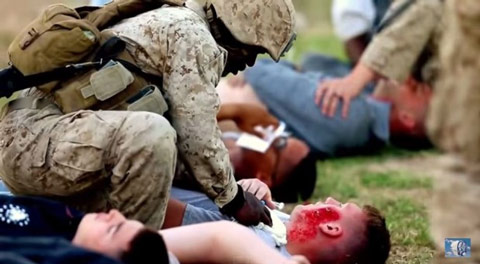 Innumerable videos showing similar drills taking place across the United States have emerged in recent months, although this footage is easily the most alarming.

Another video out of Fort Lauderdale, Florida which emerged in March also showed military and law enforcement practicing the internment of citizens during martial-law style training.