Video: Humanity is Creating Its Own AI Overlords 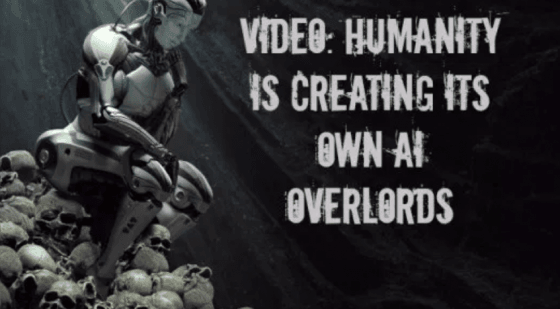 This article was originally published by Dagny Taggart at The Organic Prepper.

Artificial Intelligence is developing at breakneck speed. While many technological advances benefit humanity, there are plenty of others that may have devastating outcomes.

Just because we can do something doesn’t mean we should.

That is an expression I often quote in reference to various things people are doing and creating. When I hear about new AI capabilities and developments, it comes to mind.

Artificial Intelligence is developing at breakneck speed. While many technological advances benefit humanity, there are plenty of others that may have devastating outcomes.

Will AI eventually take over the world?

Even more horrifying, though, is the very real possibility that artificial intelligence will fully infiltrate every aspect of our lives and eventually take control of the world.

The thought of losing what freedom we have left to robot overlords is terrifying, especially considering that AI has no sense of humor and is willing to kill over a joke and that robots already can hate without human input.

Not only can AI do many things faster and better than humans can, but it also can monitor us, read our minds and predict our choices.

A new video from Truthstream Media poses a serious question we all should be considering:

Do People Realize They Are Creating Their Own Overlords?

“…sophisticated algorithms are being created to ensure the AI will know more about a person than they probably know about themselves, let alone what any spouse or significant other ever could.

Society is being programmed to not just trust but irrevocably merge their lives with these machines.

This will change us.” (source)

This is part two of a set of reports on where exactly these artificially intelligent digital assistants are taking society in the very near future.

To watch Part one, click here: The Infallible AI “Oracle” and the Future of “One Shot” Answers.

Do you think AI will eventually take over? Will humanity eventually serve robot overlords? Do you think this sort of thing can be prevented, or are we doomed? Please share your thoughts in the comments.