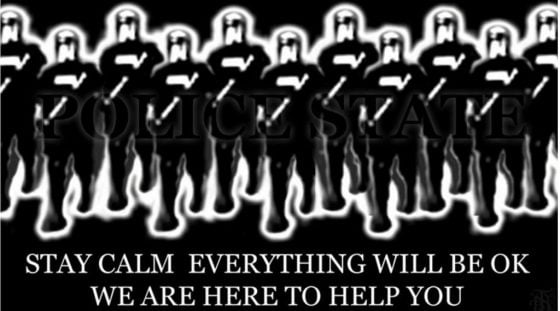 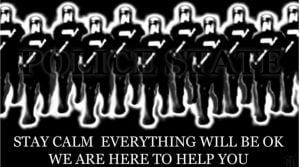 The Uvalde police have helped demonstrate, yet again, what has long been clear: when you’re facing a maniac with a gun, don’t count on the government’s uniformed bureaucrats with badges to help you. As we learned this week, not even a child begging for help on a 911 call will get the police to confront a shooter.

Moreover, given the lack of competence and effort consistently displayed by police in cases where they face real danger—as at Columbine, Parkland, and Uvalde—it’s clearly a matter of chance as to whether the local police in whatever town are willing to risk “officer safety” for the sake of public safety.

Contrary to what gun control advocates think, this reality sends a powerful message against gun control: we can’t trust the government’s armed enforcers to provide any measure of safety, and we absolutely need a right to private self-defense, to private security, and accountable trained professionals who are not the bloated, overpaid, branch of the government bureaucracy known as “law enforcement.”

“Back the Blue” Plays into the Hands of Gun Control Advocates

When it comes to evaluating the disastrous police cowardice and incompetence in Uvalde’s Robb Elementary last week, those who blindly defend the police are essentially making the same argument as those who want to destroy the right to private self-defense: “the police did as much as they could, but a single untrained teenager with a gun is just too much to handle for 20 or more trained police officers who are armed to the teeth.”

For gun controllers, the takeaway from this is “see, these guns are so powerful, the cops were left impotent in Uvalde.”

The police defenders can only shrug and admit the same thing: “our heroic men and women did all they could do! That guy was just too tough, fast, and smart for us!”

This sends a message to casual observers of the gun debate—which is most of the public. It suggests those “assault rifles” the Left is always talking about are really “weapons of war”, and allow a single person to outgun an entire police force. Many people will ask themselves: why would any person need such a thing?

But what retort can the police defenders offer to this? It seems they can only repeat something about how our selfless heroes are beyond criticism and that we should keep trusting the regime, its police, and its schools to “keep us safe.”

Meanwhile, gun control advocates are mocking the old conservative line that “a good guy with a gun stops a bad guy with a gun.” It’s difficult to mount an effective response to this if one is committed to the idea that the Uvalde police were even remotely competent or conscientious in their work. If it’s true that Uvalde police were in any way doing their best, then an entire department of “good guys with guns” could truly do nothing to stop one person with an AR-15.

The reality, however, is that the Uvalde police were most certainly not “good guys with guns.” They are cowards clad in impressive-looking taxpayer-funded gear who made the situation worse. As their own supervisors admit, they sat around waiting for backup because had they actually tried to stop the shooter, the police “could’ve been shot.”

The police at Uvalde were not just useless in terms of public safety. They actively got in the way of public safety. When a group of parents—some of whom were likely armed—attempted to intervene in the school themselves, the police literally assaulted the parents. Witnesses report police at the scene tackling women, pepper-spraying men, and drawing their tasers in order to further intimidate the parents. The police did this while the killer was rampaging inside the school. Naturally, the police, swaggering around in their cowboy hats and body armor, didn’t like being shown up by the uppity private citizens of the town.

Repeated displays of incompetence from police agencies also call into question the idea that these same bureaucrats could effectively enforce gun prohibition laws.

A longstanding problem with prohibition—whether we’re talking guns, drugs, or alcohol—is that it tends to be only effective in keeping prohibited objects out of the hands of relatively law-abiding citizens. But when it comes to real criminals, it’s a very different story.

In the case of drugs, we’ve seen this many times over. Ordinary people often avoid drugs because they don’t want to get in trouble with the law. The professional criminals are a totally different story, and law enforcement has never managed to keep committed drug runners from plying their trade.

Similarly, it’s easy for police to target ordinary law-abiding people when it comes to gun prohibition. These people are unlikely to buy or sell guns in the black market or employ connections with illegal gun runners to get the guns they want. Thus, it’s a safe bet that new gun prohibitions will disarm peaceful people, but it’s not at all a safe bet that violent felons will be equally disarmed.

Confronting depraved and violent criminals requires real work and real danger. Enforcing laws against those people ultimately requires “a good guy with a gun.” When it comes to government police, however, we’ve seen at Uvalde and Parkland the quality of work we should expect. We’ve seen that when it comes to doing dangerous work, police are often uninterested.

Gun control advocates are now highlighting police inaction when it comes to shootings like Uvalde. They think it helps their case. Yet the same people continue to cling to the unwarranted notion that police would be competent enforcers of gun laws. The fact is we have every reason to assume the police will be often unreliable in both cases.

It’s always an odd mix when advocates of the right to self-defense also profess to enthusiastically support government police. Historically, the philosophy behind private gun ownership has always been a philosophy of strong skepticism of a government’s ability or inclination to “keep us safe.”

Certainly, in the late eighteenth century and throughout the nineteenth century, legal protections of gun ownership were rooted in the assumption that the governments’ “public safety” personnel were inadequate to keep the peace or provide safety. Local police forces were viewed as corrupt and as partisan hacks who served only elected officials and party machines. Professional military personnel were viewed as people who were too lazy to make a living through honest work. There was fear that granting greater military or policing power to the state would result in abuse of that power.

This is why Americans before the twentieth century relied largely on private security and decentralized militias.

The state, after all, is fundamentally built on the idea of securing a monopoly on the means of coercion. The more power that is given to the police, the more complete this monopoly becomes.

Out of fear of private-sector criminals, ordinary law-abiding people have repeatedly granted a stronger and stronger monopoly on coercion to governments over time. Police budgets are now immense, law enforcement agencies are flush with cash and fond of buying military-style equipment for use against the public. Adopting new gun control measures would further tip the balance toward greater government monopolies on coercion. But, given what we’ve seen from police in Uvalde, we have no reason to believe this ever-increasing enhancement of the state’s power would actually translate into more public safety.

Nevertheless, in the wake of the Uvalde massacre, NRA chief Wayne Lapierre was still beating the same old tired drum, claiming—contrary to all the evidence—that the nation’s police departments need even more tax money. It’s not surprising that this is the only “idea” they have to offer. When one’s alleged commitment to private gun ownership is bundled with unqualified support for government police, it’s impossible to argue the obvious: that private self-defense is essential because the government has repeatedly shown it has little interest in providing public safety.