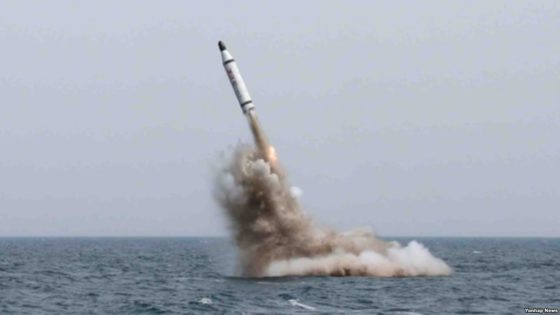 The new Navy “Sea Dragon” is a secret weapon being developed by the government and an unknown defense contractor.  The weapon is said to be able to give its submarines a new, “disruptive offensive capability” to take on enemy ships.

The previously unknown weapon, dubbed the “Sea Dragon”,  is most likely a new version of a versatile air defense missile capable of pinch-hitting as an anti-ship missile. The Washington Post broke the story over the weekend that Chinese hackers had compromised the computers of a Navy contractor and stolen 614 gigabytes of data. The stolen data pertained to the Navy’s Naval Undersea Warfare Center, which conducts research and development on submarine systems. According to the Post, the stolen data includes, “signals and sensor data, submarine radio room information relating to cryptographic systems, and the Navy submarine development unit’s electronic warfare library.”

According to Popular Mechanics, this hack by the Chinese led to the discovery of the US’s new war weapon, the Sea Dragon. At the request of the Navy,  The Washington Post withheld some “sensitive” information on the Sea Dragon. But what the media outlet did divulge, was that the weapon is a supersonic anti-ship missile for use by submarines. According to a statement by the Navy, the weapon was a “disruptive offensive capability” created by “integrating an existing weapon system with an existing Navy platform.” T

The weapon was to start underwater weapons testing later this year and will be ready for service 2020.  All four of the Navy’s offensive missiles: the Harpoon anti-ship missile, Tomahawk land attack missile, the new Naval Strike Missile, and the Long Range Anti-Ship Missile are all subsonic missiles, reported Popular Mechanics.

Is this new Sea Dragon a part of the new arms race that will lead us toward a second Cold War; or possibly a third World War?  It’s hard to say since the Navy hasn’t released much information about it, and the Chinese hackers seem to be holding back some information as well.