US Government Works With Social Media Giants To Censor Content 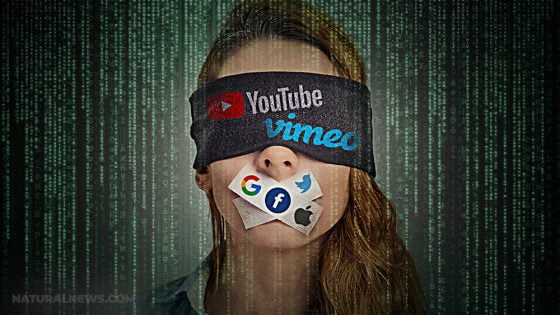 The United States ruling class has been working closely with social media giants to censor content. The Department of Homeland Security has been silencing dissent and “misinformation” according to its own internal documents.

According to a report by RT, The Intercept revealed on Monday, citing internal Department of Homeland Security documents obtained through leaks and public records requests, that the DHS not only has been censoring the slaves, but it plans to continue censoring opinions about Covid-19, “racial justice,” and US support for Ukraine.

“Behind closed doors, and through pressure on private platforms, the US government has used its power to try to shape online discourse,” Lee Fang and Ken Klippenstein write in Monday’s report.

One of their major revelations is that tech companies – including Twitter, Facebook, Reddit, Discord, Wikipedia, Microsoft and LinkedIn – met with the FBI and other government agencies every month, before and since the 2020 election. Facebook even set up a special portal for “takedowns” that requires a law enforcement email to access. -RT

The slave state will continue to expand as the masters figure out ways to get people on board with the Great Reset.

The censorship process is also outlined in emails between DHS officials, Twitter, and the NGO Center for Internet Security, while meeting notes show that the government called on tech platforms to “process reports and provide timely responses, to include the removal of reported misinformation from the platform where possible.”

At a conference in November 2021, Jen Easterly, a Biden nominee heading the DHS’ Cybersecurity and Infrastructure Security Agency (CISA) argued that “the most critical infrastructure is our cognitive infrastructure, so building that resilience to misinformation and disinformation, I think, is incredibly important.” That means people have to believe in the government or it will cease to exist.

We all know the only thing keeping the sociopaths in power is the people not realizing they are equal. The belief that some have a right to rule while others have an obligation to obey is how we got into this mess, and the government has admitted that that belief needs to stay or they will not be able to control people any longer.