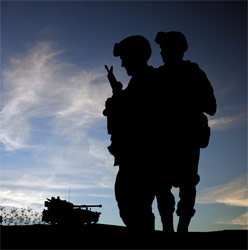 The information presented within this article is in follow-up to the activities observed by the author in relation to U.S. Military maneuvers taking place on the Canadian Border in Montana.  Since the first article was printed, a tremendous amount of comments, e-mails, and observations have trickled in to supplement the observations.  Please take note: all commentators and information providers will be kept anonymous and their identities withheld.  The area the observations were made will be the only thing provided.

COLUMBUS, MONTANA.  Night helicopter activity around the Columbus, MT area has been observed.  The reporter resides approximately fifteen miles outside of town and heard helicopter sorties flying a few times each week for the past 3 weeks. Most often it is just after sunset but some were observed in the early morning hours before dawn.  Many small planes were observed circling the area overhead during the day, making 3-5 passes and then departing for an hour or two before returning.  The observer did not notice any such activity when originally moving into the area the year before.

BUTTE, MONTANA.  The observer noticed 3 airlifts into Butte Airport in May with C-17’s.  Such was completely unprecedented.  Multiple pallets were off-loaded from these aircraft each time, with the observer providing unconfirmed reports that these contained crew-served ammunition, transferred to storage facilities on site.  Multiple C-130 operations concurrently with “local” security contracting company that is well-known in Butte.  Parachute drops and airborne operations were conducted for 3 different days, and one of the aircraft remained there the entire week.  The other operations with the 130’s involved only the transfer of cargo.

CARSON/DENVER, COLORADO. Observer reported Ft. Carson utilizing 4000 troops to Trinidad County for maneuvers.  Frequent Blackhawk and Chinook helicopters have been conducting flyovers during the day around Denver.  The observer reported speaking with Apache pilots who told him their role was to “practice resupply and intercept,” although the intended object of interception was never specified.

KILA, MONTANA.  Multiple C-130 flights observed originating with Glacier International Airport and flying NW at approximately 4-6000 feet.  Distribution was 3 aircraft during the day, and 3 at night, in staggered formation to suggest potential practice for airborne operations.  Flights observed over a 3-day period (6/12-6/14).  Observer noticed (for the day flights) through high-powered optics that all of the aircraft bore U.S. Insignia; however, they were “sterile” of fin numbers and unit designations.

TREGO, MONTANA.  Observer noticed what appeared to be a platoon-sized element of individuals hiking around in the National Forest in black BDU’s, and upon closer inspection the observer found all of them to be Asian in appearance with no unit patches, name tags, or any identifiable markings.  The men were armed with black AK-47’s, load carrying vests, sidearms, and grenades.  The element appeared to be “led” by two members of the U.S. Military, also in sterilized U.S. Uniforms and also heavily-armed.  When questioned, a U.S. Border Patrol agent materialized and warned the observer to move out of the area or face arrest.

EUREKA, MONTANA.  Two observers reported seeing a large column of 2 1/2 ton/Deuce-and-a-half type vehicles, Desert Camouflage colored with U.S. Army Personnel on board but with the normal bumper marker identifiers taped over with “100 mph” tape, and on some vehicles blacked out completely with spray paint.  The observers (while following) noted the column was permitted to cross the border into Canada unimpeded and not inspected by Canadian or U.S. Border patrol officers.  Movement occurred Sat., 6/13.

There has also been considerable activity in the areas of transport, supply, and logistics both in and around Glacier International Airport just north of Kalispell, Montana.  Numerous flights of C-130’s were observed landing from the direction of East-West, suggestive of Malmstrom AFB in Montana.  The 130’s off-loaded numerous pallets and crated supplies.  There were several pallets that were placed in hangars and later a half dozen rental trucks (U-Haul) visited the terminal, specifically the building where the supplies were taken from the aircraft.

The author notes that the sorties in his area are up to 5-6 per day and holding at 3 per night, but now with increased numbers of choppers (6-8 minimum), all Blackhawks with an occasional UH-1 flying not in formation, but paralleling it.

Other observers who wished their exact locations withheld (but generally all within the Flathead valley) have been reporting small groups of foreigners (Russians, Canadians, and others not able to be positively identified, but definitely from Europe) in partial uniforms, such as BDU bottoms with black or tan tops and sans markings or unit insignia.  Again, these individuals were accompanied by U.S. servicemen in sterile uniforms (American BDU’s).

Once again, any information that you can provide will be analyzed and presented in a fashion as to provide some timely reporting on things observed while maintaining anonymity.  Photos and short film clips are also greatly welcomed.  It is imperative that focus be maintained on the whereabouts and activities of these military units and any foreign troops, agents, or contractors they have in their employ.  Keep up the good work and keep the information flowing.  We need it while we can still get it.  More information to be followed as we post it here.  Stay in the fight and God Bless you.