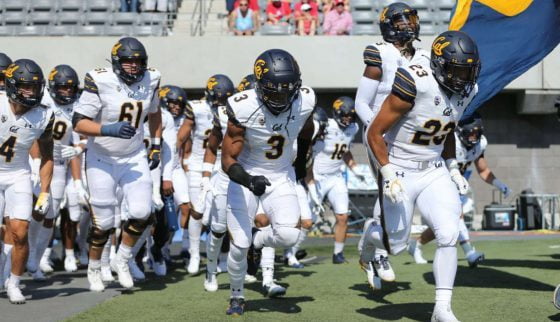 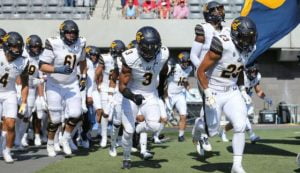 Even though 99% of the University of California Berkely’s football team has been fully “vaccinated,” 44 team members have now tested positive for COVID-19.

Let’s start with the simple math. College football teams have a minimum of 85 players and can have up to 105 players. If they have a maximum of 105 players, then 42% of the fully vaccinated team have had a “rare” breakthrough infection.

But they are still trying to spin this to make the vaccine look like it worked. Since so many of the cases were among vaccinated players, many of whom were asymptomatic, according to Cal officials. If it is true that 99% of this team is “vaccinated,” that means just one player is not.

But some of the players were symptomatic, meaning they got a cold, and therefore, the whole team was tested.

Cal began testing players after some were symptomatic, athletic director Jim Knowlton said in a videoconference with media Tuesday. That prompted testing of close contacts and eventually the whole team, despite its high vaccination rate. UC Berkeley required students and staff to upload a copy of their vaccination records to the school’s health system. -San Francisco Chronicle

No other team has reported this many cases within the football program this season. “I think it is a good illustration that high vaccination rates in a group (or community like Berkeley) should probably make us rethink our testing guidelines,” Dr. Monica Gandhi, an infectious disease expert at UCSF wrote in an email to The Chronicle. “If a virus is endemic and not going away, what do we base our testing guidelines on now?”

How did we ever live with the common cold or the flu before? They are now even admitting they won’t be able to rid the planet of the cold and that the virus is likely here to stay. “For vaccinated people, COVID will become more of an annoying cold than something to be fearful of,” Chin-Hong said.

Here’s a news flash for Chin-Hong, for the unvaccinated, it’s been like that all along. No one in their right mind fears COVID because we know it’s just a cold.

At least their narrative is finally becoming laughable as people figure this out in droves. It’s become obvious we were lied to and that they only want power and control over us. Now the rest is up to us. Stop being their slaves. Stop complying. Just live freely as our Creator intended.

This narrative is getting more laughable by the day. But we should still be prepared because people who wield power over others will not give that power up willingly.