ULTIMATE PREPPING: “HOW TO SURVIVE WHEN THE CITIES BURN” 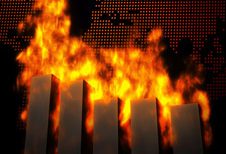 This article was originally published by Mac Slavo on March 15, 2017, at SHTFPlan.com.

We all know the major scenarios.

But will you know what to do when the real thing happens?

First and foremost, you need the basics: the ability to bug-out and survive for at least three days with food, water, fire starters, emergency shelter, etc. You also need the necessities to stay in place or in your redoubt for at least two weeks. But that’s just for starters.

There are so many factors at hand, that you have to become a second-order prepper.

That means Plan B and so much more. It means thinking ahead to the many pitfalls that could end your survival bid. Take yourself down the path you would go time, and time over again. Think it through until you find the flaws in your thinking. Know before you go, and avoid situations before you even get into them.

Get rid of fantasy and unrealistic notions, and figure out a realistic strategy for long term survival, particularly in case of prolonged collapse.

Check out this fundamental and thoughtful video especially for city preppers – and get ready to get out if necessary.

Brad Harris of Full Spectrum Survival talks with YouTuber City Prepping in a conversation you don’t want to miss:

What will you do when the cities begin to burn? Will a great exodus push millions from the populated regions of the world into the more rural areas where food and greens are plentiful?

Will you stay behind and shelter in place or be one of the first to leave? We talk with City Prepping, who has considered this in great detail and gives his opinion on why it’s better or worse to remain in the city when a disaster strikes!

Expanding your personal experience, and spending time getting ready for all eventualities may be your best tool in the box.

When the world turns to hell, you may feel completely out of your element. But having a prepared mindset can steady any crisis.