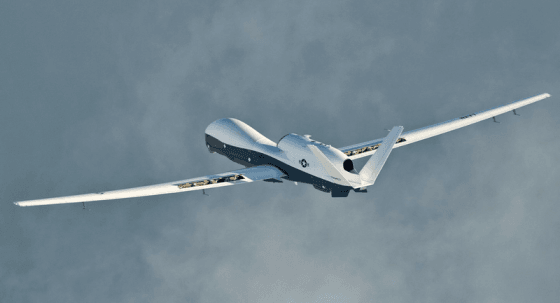 A Ukrainian company appears to have inquired whether a Turkish-made drone can be modified or manufactured to disperse an aerosol over a wide area, in what could be a deadly new twist in the war against Russia. 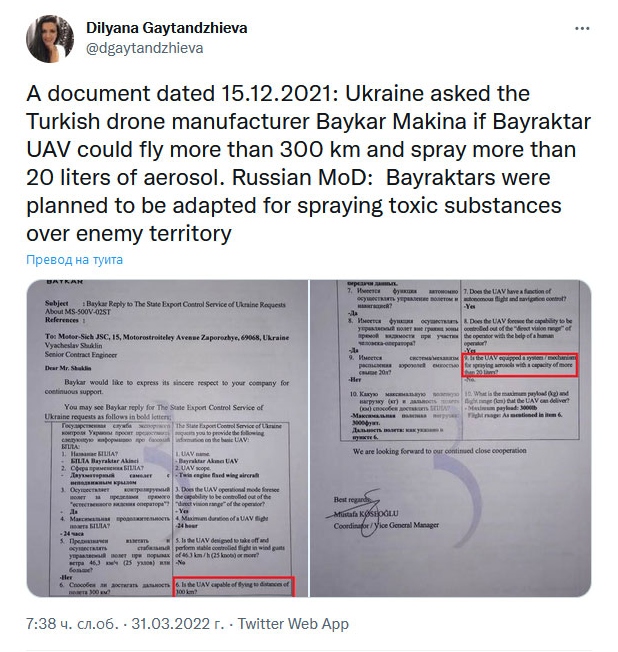 She also noted in her tweet that the Russian military noted: “Bayraktars were planned to be adapted for spraying toxic substances over enemy territory.”

The journalist published a two-page document with questions from the Ukrainian producer – left and right sides. The answers of the Turkish producer are on the right, in English. The document was signed by Mustafa Kosheoglu – coordinator and vice general manager of the Turkish manufacturer of Bayraktar Akinci Baykar.

Ukraine also asks whether Bayraktar Akinci is “capable of flying to distances of 300km?” As can be seen from the documents, the Turkish manufacturer answered both questions in the negative. The questions were asked by the Ukrainian senior contract engineer of Motor-Sich Vyacheslav Shuklin. 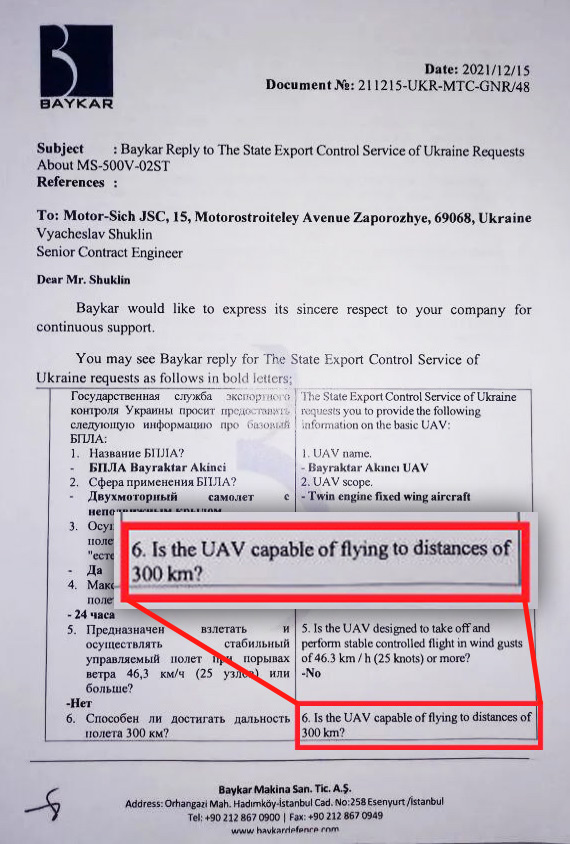 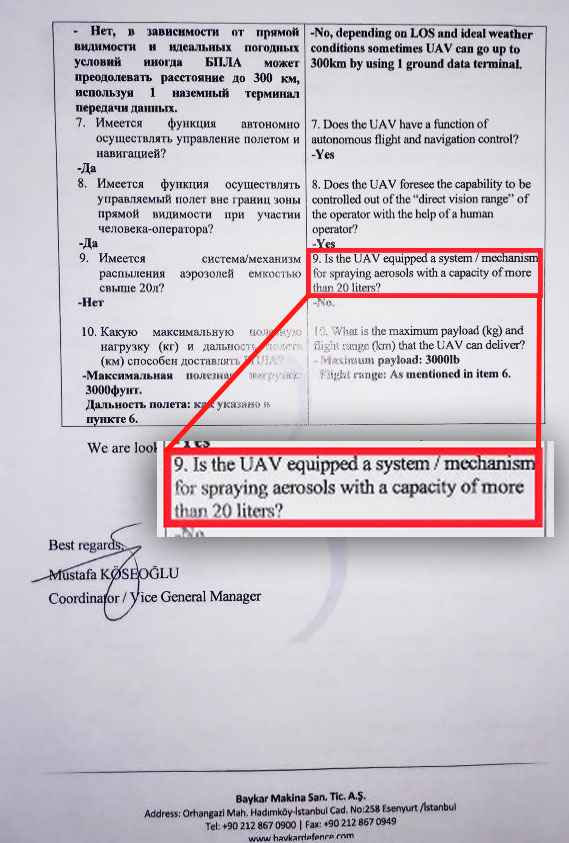 Russian President Vladimir Putin ordered his military to invade neighboring Ukraine on Feb. 24, no doubt believing that with more than 150,000 troops he would score a quick victory. But his forces became bogged down following stiffer-than-expected resistance from Ukrainian forces. What’s more, after Ukraine began receiving weapons from NATO countries, primarily the U.S., the Ukrainian army has managed to beat back the Russians, leading Putin to order a call-up of an additional 300,000 troops.

Regarding the Ukrainian inquiry into the Turkish UAVs, however, just last month, concerns arose on both sides of the conflict that the other would use a false flag mass casualty event so it could blame the other side.

In a report from The Hill, Ukrainian President Volodymyr Zelenskyy accused Russia of plotting to destroy a large dam and hydroelectric plant that is currently located in a portion of the country controlled by Moscow’s forces.

“Speaking to a meeting of the European Council, Zelenskyy said his country has evidence that Russia has planted mines at the Kakhovka hydroelectric power plant and could be preparing to blow it up, warning that such an attack could flood the critical city of Kherson and cause cooling issues at Europe’s largest nuclear power plant,” the report stated, though it is not clear what the “evidence” is or how it was obtained.

Still, the Ukrainian president noted that if such an attack is actually carried out, then it will be a catastrophe for Ukrainian civilians living in the area.

“The dam of this hydroelectric power plant holds about 18 million cubic meters of water,” he said. “If Russian terrorists blow up this dam, more than 80 settlements, including Kherson, will be in the zone of rapid flooding. Hundreds, hundreds of thousands of people may be affected.”

Zelenskyy further noted that Russian troops have already evicted the dam workers and had since taken over complete control of the facility.

“They have complete control over the station,” Zelensky added. “It is necessary to act immediately so that Russia does not have the opportunity to realize this catastrophe.”

Other reports centered around a nuclear false flag.

“Ukraine has a nuclear bomb primed in Mykolaiv which it will detonate and then blame on Russia so that the US has a justification for getting directly involved in the war and launching missiles on Russia,” noted BBC Russia watcher’ Francis Scarr.

Whether it is a nuclear incident triggered by Russia or mass death from the spraying of a chemical toxin by Ukraine, such a major casualty incident makes entry into the way by other countries far more likely.