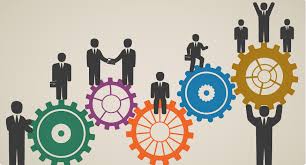 The totalitarians want us locked in our homes. They want us to not question them and mindlessly comply with the commands.  It’s not about health, it’s about control.  We have more power than we think and we can end it tyranny now and solve the pandemic at the same time.

The truth is, we can end their control over us right now.  We just have to stop complying with it.  We need to allow the free market to make more solutions to this virus as governments have failed epically.

This will get easier too, as more cops and military members refuse to force the elitists’ commands on us. As this movement grows, government power will erode. The sad truth is that we locked ourselves down by complying with tyranny. We did it to ourselves.  But the good news is that it’s easily reversed by disobeying and living free.

Stop giving the mainstream media your time. Stop letting them take your livelihood. Stop asking permission to feed your family. When you free your mind and escape the mental prison the media and the government have put around you, you will be able to more clearly see exactly what’s going on.

Land of the Free? Home of the Brave?

They lied to us. They told us to live in fear in our homes and most of us complied. Until now. People are finally realizing that they don’t have live as slaves to the government or elitists, and cops are figuring out that their forcing of these human rights violations is putting them on the same side of history as Adolf Hitler’s Gestapo.

The best way to fight the pandemic is by voluntary action, not government force. The Foundation for Economic Freedom wrote:

It’s important to recognize how the private market has already stepped up to provide much-needed goods and services, and in a more efficient and cost-effective manner than the government ever could. And all without overly aggressive and unconstitutional government mandates. –FEE

Sadly, a lot of Americans have bowed to government and further enslaved themselves while demanding others comply with their enslavement too.  But others have opened their eyes to the disaster that is government and why you should never let another human have power over your life.  Innovation and the free market and free people will be able to handle the next pandemic much better than any government and their totalitarian polices could ever contrive.

One of the first products US stores ran short of after the crisis broke was hand sanitizer. In response, several large international distilleries began shifting production to alcohol-based hand gels instead of whiskey. According to Ann Mukherjee, a regional director for the North American division of Pernod Ricard SA, “I say to everyone on my team that a time of crisis is not what builds your character, it’s what reveals it.” –FEE

The current situation has shown both the ingenuity of the free market and the harmfulness of many government burdens placed on private industry.

Disobeying is going to become a way of life until no politician is left with any more power than any other person. Some people will remain blinded and submit to their slavery, but they won’t be able to enslave others with them. Once you are free, there is no going back. We can beat the pandemic and we can be free. And both of these can happen simultaneously the moment we realize it and the moment we go about our lives disregarding the immoral commands of the ruling class.