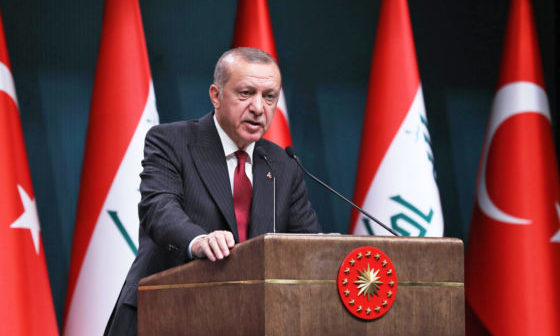 In a move which can only be seen as defiance against the United States, Turkey has decided to ignore sanctions imposed and continue to buy gas from Iran. Despite Washington’s threats to punish countries that do business with Iran, Turkey will continue to do what they want.

Turkey’s president Recep Tayyip Erdogan basically thumbed his nose at Washington’s insistence on controlling everyone and everything. “We need to be realistic… Am I supposed to let people freeze in winter?… Nobody should be offended. How can I heat my people’s homes if we stop purchasing Iran’s natural gas?” Erdogan said in an exclusive interview with Reuters.

At the moment, Turkey is buying 50 percent of its gas from Russia, with the rest imported from Azerbaijan, Iran, Iraq, and Algeria, according to a report by RT.  Turkey’s leader has also said that the country will continue to purchase gas according to its needs, not the “ink on paper” commands of the United States.

Turkey gets 40 percent of its electricity from natural gas. It is dependent on imports for almost all of its energy needs and Iran is a key supplier of Ankara’s natural gas and oil purchases. According to Turkey’s Energy Minister Fatih Donmez, the country’s natural gas contract expires in 2026. Under the agreement, Ankara is set to buy 9.5 billion cubic meters of gas from Tehran. -RT

The new round of sanctions against Iran’s oil industry is expected to come into force on November 4, 2018, however, Turkey will likely continue to defy them. The White House also threatened secondary sanctions on any countries or companies that conduct transactions with Iran.  Since pulling out of the Obama Administration’s nuclear deal signed in 2015, the US has sought to reimpose harsh sanctions against Iran.

Infuriated by evangelical pastor Andrew Brunson’s detention on terrorism charges in Turkey, president Donald Trump authorized a doubling of duties on aluminum and steel imported from Turkey in August. Turkey retaliated by increasing tariffs on U.S. cars, alcohol and tobacco imports, adding problems to an already precarious economic situation for the everyday American.

Beijing’s imports of gas from Iran have slowed, although the country has also signaled its intent to continue buying in spite of sanctions.