Trump Tweets: Calls For Courts To Allow Travel Ban After Latest U.K. Attack: “We Need To Be Smart, Vigilant And Tough” 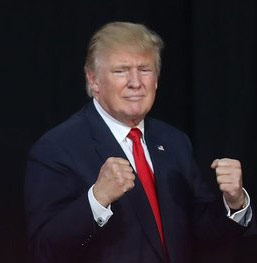 News is still murky following a coordinated terrorist attack on London Bridge this evening. Early reports indicate that as many as five terrorist shouting “this is for Allah” drove a van into a crowd of people. The men emerged from the vehicle and began stabbing passers-by, killing at least two.

The attack follows a recent suicide bombing at an Aria Grande concerts catering to families.

President Donald Trump, whose tough stance on immigration has led to global protests from social justice groups and world leaders alike, responded to the attacks with a call to Federal courts currently reviewing an Executive Order requiring a ban on immigration from several middle east countries until such time that the Department of Homeland Security has implemented stronger vetting procedures.

The ban has been overwhelmingly rejected by courts in heavily entrenched Democratic Party strongholds, including the infamous 9th Circuit in California.

We need to be smart, vigilant and tough. We need the courts to give us back our rights. We need the Travel Ban as an extra level of safety!

Whatever the United States can do to help out in London and the U. K., we will be there – WE ARE WITH YOU. GOD BLESS!

Unconfirmed video from London after a 'terror' attack. #LondonBridge pic.twitter.com/DGr3rXOoUU

One can’t help but think that Trump is right about locking down Western countries to unfettered immigration. Without proper vetting procedures it is only a matter of time before the attacks come to America.

In fact, not only did the Islamic State warn immediately preceding the Manchester attack that it was just the beginning, but so too has recent Medal of Honor recipient Dakota Meyer:

I’ve been saying this is going to happen for a long time.

When is it coming here?

I think the only way you get this point across is that we release the gates of hell on them and we start making war so ugly that…their recruitment videos… it won’t be cool to join ISIS anymore.

Terrorists across Europe are being emboldened with every new attack. They will continue to execute such operations, and at some point could well put to use a chemical, biological, nuclear or radiological weapon.

The White House recently warned of four potentially devastating scenarios that could be carried out by rogue terrorist organizations, and we suspect that the Islamic State, Al Queda and related groups are actively exploring and pursuing such potentially catastrophic attacks.