President Trump told The Wall Street Journal on the sidelines of the World Economic Forum in Davos, Switzerland, that the White House plans to unveil a new tax-cut proposal for the middle class in approximately 90 days.

“We’re talking a fairly substantial … middle-class tax cut that’ll be subject to taking back the House and obviously keeping the Senate and keeping the White House,” Trump said. He declined to elaborate more on the specifics of the plan. 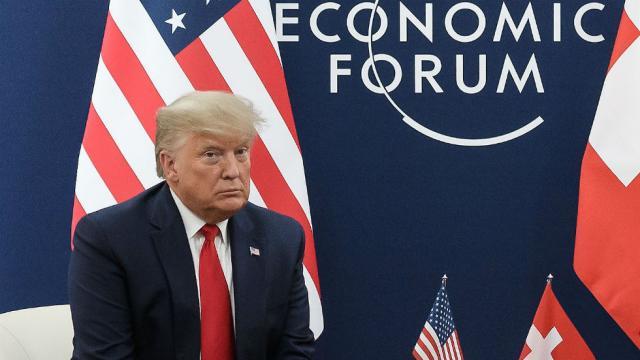 Trump has been touting the idea of a middle-class tax cut since the 2018 midterm election, and more recently since the 2020 election year has begun.

Kudlow said the White House is considering a payroll tax cut and an expansion of the earned income tax credit. He said the new tax cut could spur consumer growth and help the middle class prosper.

However, Trump told reporters back in 2017 that tax cuts were “going to be one of the great gifts to the middle-income people of this country that they’ve ever gotten for Christmas” – it turned out that tax cuts funded by taxpayer debt allowed mega-corporations to repatriate hundreds of billions of dollars, not for CapEx purposes like what was promised, but rather a massive stock buyback binge.

With the effectiveness of the first tax cut waning, Trump has likely been advised by his economic team that the manufacturing recession has triggered an employment slowdown that could start damaging consumer spending, which is at least 68% of GDP.

The next round of supply-side tax cuts should be viewed as “emergency tax cuts” because the “greatest economy ever” is continuing to decelerate and could be seen as a last-ditch effort by the administration to push off the recession for another couple quarters.