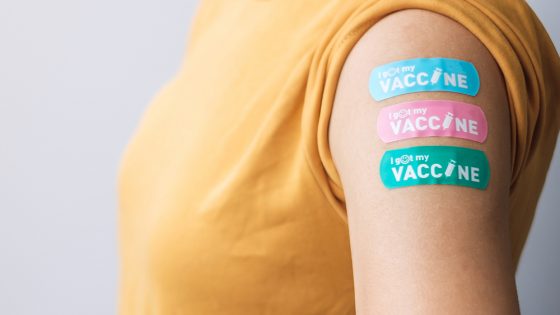 This article was originally published by Ethan Huff at Natural News under the title: REALITY CHECK: Triple-injected 500% more likely to “catch” covid compared to the unvaccinated 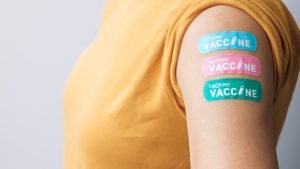 Wuhan coronavirus (Covid-19) “vaccine” effectiveness continues to drop, especially among the triple injected who are now up to five times more likely to become infected with the disease than the unvaccinated.

All other age groups saw similar drops in jab effectiveness, the conclusion being that fully jabbed people are somewhere between three and five times more likely than the unvaccinated to test “positive” for the Fauci Flu. (Related: Deaths are skyrocketing in the fully injected.)

Currently, “cases” of the Wuhan Disease are the highest they have been since at least the beginning of the year, the data shows. It is clear from the figures that not only do the jabs not protect against infection, but they actually appear to cause more of it.

“The figures show that the case rates are highest among the triple vaccinated in all age groups,” reports the Daily Exposé (UK). “But not just by a little bit, instead by a million miles. And the gap between the unvaccinated and triple vaccinated has been getting worse by the month.”

“Therefore, these figures indicate the Covid-19 injections make recipients more likely to be infected with Covid-19 than the unvaccinated population.”

Pfizer’s mRNA injections are nowhere near 95 percent effective: Where did the company come up with this figure?

One of the things the Exposé is really good at is extrapolating the data to read between the lines, which almost always exposes the injections as doing the opposite of what they are claimed to do.

In the case of Pfizer’s mRNA (messenger RNA) injection, it is nowhere close to being 95 percent effective as the company claims, based on the data.

“Vaccine effectiveness was as low as minus-391.43% among 60-69-year-olds in Week 13, falling from minus 114.8% in week 5,” the Exposé explains about how real-world data directly contradicts Pfizer’s efficacy claims.

The data is so damning that it makes sense why the UK Health Security Agency stopped publishing weekly figures as of April Fools’ Day in 2022. It busts apart the narrative, and they simply cannot allow that to happen.

“I have had three people I know (fully vaccinated) recently tell me they have new heart issues,” wrote someone who reads the Exposé.

“None of them have even considered to link it to these Covid-19 vaccines? Even my son who is 6 understands the issues and asked me after carefully watching a drug advertisement, ‘Daddy, why does the commercial explain how the drug can kill you?’ Amazing times we live in.”

Over at Natural News, another warned that billions of fully injected people have now become “the seeds for the next plandemic,” as they will more than likely do whatever they are told and roll up their sleeves for even more injections.

“Their aim is to topple governments as they toppled the monarchies,” this person wrote about the seeded. “They truly think that self-governance doesn’t work.”

“Self-governance would work worldwide with a minimal amount of education and hard enough enforcement of serious wrongs early on. Now, though, it would literally take arresting and making them do hard labor every last drug lord, CEO, every politician that has taken money from multi-national corps, almost all the heads of organized religion.”