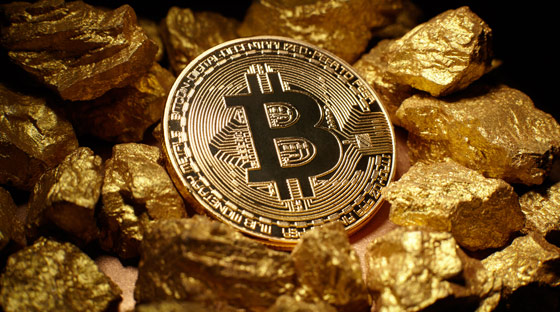 Recent reports that Bitcoin and blockchain technologies are in a bubble may be inspired by the fact that crypto currencies stand to completely upend the global financial systems that have been in place for hundreds of years. And while it’s easy to draw parallels to Tulip Mania and suggest Bitcoin prices may be reaching a top because of the rapid and meteoric rise of cryptocurrencies in recent months, what tulips didn’t have that Bitcoin and other blockchain technologies do, is access to, quite literally, every single human on the planet who has a a cell phone, computer or other smart device.

According to a recent short film by Future Money Trends, we’re just in the opening stages of a revolution that will eventually lead to the death of centrally printed paper currencies. And along the way, many early adopters will become very rich as increased use of the technology leads to soaring prices:

All this talk of a bubble is ignorance or malicious talk from competitors like the banks who collect trillions in middleman fees worldwide… We see Bitcoin soaring past $50,000… and then over $100,000 because the simple fact is that there are only going to be 21,000,000 coins outstanding…

And while Bitcoin is the gold, Ethereum is a whole different animal, demonstrating just how versatile blockchain technology really is:

Name a price that’s much higher than you think and that’s where it could be headed… It’s not even the silver to the gold… it’s the copper. It’s what’s going to help transform and build up blockchain technology worldwide.

This is the crypto currency that’s being used by Fortune 500 companies today… and what many don’t know is that even other crypto currencies are using Ethereum to support their own platforms.

Behind the currencies, says Future Money Trends, is the infrastructure that makes it all happen and one that stands to impact the lives of every person on the planet:

The backbone behind the entire blockchain is the mining companies… the warehouses full of computers solving math problems, to support the blockchain and be rewarded with freshly minted digital currency.

Billions of people would agree that they trust cryptocurrency more than their national currencies… People in China, India, Venezuela, Argentina and all throughout Africa are already making Bitcoin their medium of exchange.

This specifically included the two billion unbanked people that happen to have a smart phone, which is all that’s needed for a Bitcoin wallet… Cryptocurrency is already a better way for payments and transferring money. The blockchain self validates and the fees are nil compared to banking fees.

This isn’t going to happen overnight but the path for cryptocurrency to dethrone the central banks is certainly on the table over the next five years.