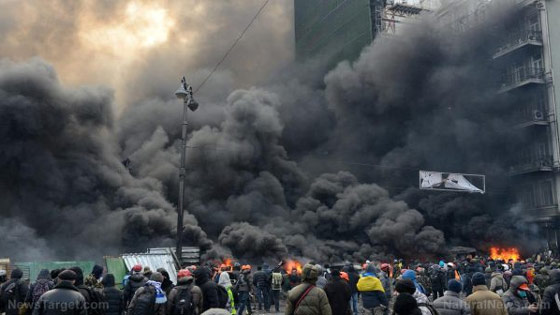 This article was originally published by Tracey Watson at NaturalNews.com

Let’s face it: The world is a scary place to be living in right now. Many countries are dealing with serious political instability and the threat of terrorism; economic turmoil is pervasive worldwide; Dr. Margaret Chan, director general of the World Health Organization, has warned that antibiotic-resistance might “mean the end of modern medicine as we know it;” and then we still have to contend with good old-fashioned natural disasters like earthquakes and tsunamis. The potential for collapse is immense, but instead of worrying endlessly, what we should be doing is preparing to face whatever comes our way.

Ask a Prepper provides a comprehensive list of survival hacks that can be implemented ahead of time to cope with just about anything nature or humans might throw our way.

We all hope we never to have to deal with a natural disaster or other collapse situation, but if you take the preparatory steps above, you will be in the best possible position to keep your family safe. [RELATED: For more tips like these see Bugout.news]