Threats to Family Farms & Homesteading from Agri-Business and Groupthink 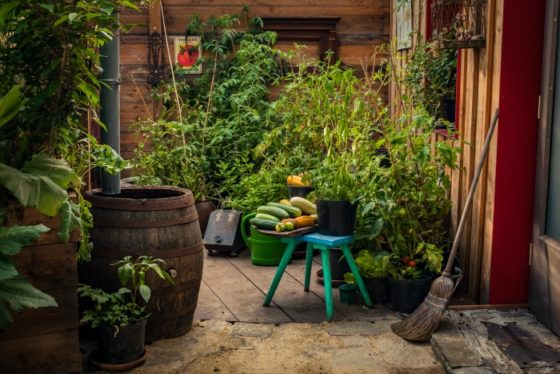 This research-based article details the multiple threats to good, community farming practices and small-scale organic/cooperative endeavors. The threats take the form of social engineering in the guise of “managed providers working for the common good of the majority of people,” when in effect it concentrates the wealth and resources in the hands of the few and leaves the average family farm and homesteader out in the cold, or worse. “Legislates” them right into illegality with previously legal practices (such as rainwater catchments systems, or sustainable family farms.)

An older article I recently stumbled across is particularly revealing of the mindset that governs this struggle: one characterized by that mindset’s reliance on “technology” and “mechanization” to provide a plethora of bountiful harvests. The article is entitled “8 Solutions for a Hungry World” and it lists those “solutions” as such:

1. Farm the desert – using a greenhouse that converts seawater to freshwater,
2. Grow with precision – using soil sensors to inform when water and fertilizer are needed,
3. Rebuild rice – the genetic engineering of the photosynthetic capabilities of rice,
4. Replace fertilizer – with a mixture of 300 natural microbes (now synthesized) for Nitrogen fertilization,
5. Re-map a continent – to target new farming technologies in Africa,
6. Use robot labor – to monitor, prune, and pick produce,
7. Resurrect the soil – biochar machines the size of shipping (sea-land) containers,
8. Make supercrops – more genetically engineered crops.

All of these proposed solutions (although possible) can (and probably will, if implemented) have far-reaching consequences. Items 3, 4, and 8 involve genetic engineering and manipulation of other species. Items 2 and 6 are unnecessary, replacing human labor with faddish gadgets that consume both energy and fuel. Item 5 concentrates and categorizes geographic spreads of potential profitability (a return to medieval serfdom, fiefs and all) instead of viable human communities.

Item 7 is particularly disturbing, stating, “Gases containing hydrogen, nitrogen, and carbon monoxide are fully burned in a separate process, generating heat to run the cycle.” The whole concept of biochar is about conservation and utilization of materials in an ecologically friendly fashion. Their description smacks of the hypothetical “Rube Goldberg” machine that, once started, runs perpetually ad infinitum (as we know, ridiculum ad infinitum!) with no need to maintain it.

Item 1 does not take into account the “dent” that may be placed within the hydrological cycle and the potentially resultant side-products (toxins or unusable detritus) that may have to be carted away. With increased evapotranspiration induced artificially, we have no idea of the effects of such large-scale endeavors as this on the oceans. We would also be clueless regarding long-term effects of changing a desert ecosystem to the “friendly Cargill-Monsanto-type” farm they envision.

The article may be summarized as a representative slice of the predominant mindset: moving away from actually working close to the land and being a part of the ecosystem to sitting back in a lawn chair and pressing a button…”Farmer Jetson,” so to speak.

Establishmentarian interests wish to make it happen. Another article entitled “States Pressure Local Producers” shows how state governments use strong-arm tactics on small community farms and local community-sponsored agriculture groups. One community with an organic and wholesome foods cooperative in LaGrange, Ohio was raided (yes, actually raided!) by SWAT gear-equipped police who claimed the cooperative was not a co-op but “a retail establishment and therefore operating without a license.”

They confiscated all records and computer equipment and the actual food supplies. Other examples of such horrors can be seen on the site Farm-to-Consumer Legal Defense Fund (as cited by the article). Indeed, such actions parallel the mindset of the current agricultural paradigm, to one end: control. Not for altruistic reasons but for the same, self-serving interests visible throughout every segment of society. “Song as old as time,” so to speak.

In order to return to sustainable family farms and sustainable communities, it is necessary to take action at your local and state level. Granted, as preppers and self-sustaining individuals, our primary duty is to our families and ourselves: to be able to provide for them and see it through the tough times that arise…and the collapse to come.

But what of this?

I appeal to your good natures to become involved at the “grass roots” level, because what happened to that example cited in Ohio can just as easily happen to you. As the saying, “No man is an island unto himself,” shunning others allows the “fence” and the “cage” to creep up further to your own boundaries. In reality: the moneyed interests and big businesses are pushing it to the edge of your property.

It is just as important to take action at your community level with like-minded individuals and families in order to stymie legislation that is onerous, or to pass legislation that will protect you in your daily endeavors. Your rights are threatened if you do not use them, and do not stand up to challenges that threaten them. Returning to old-fashioned pioneer values and ways of sustainable home farms and economies will help the country get back on its feet…and along with it, you need the modern savvy of one well-rounded in current events, business practices, and forming alliances with others who hold similar values. Fight that good fight, and fight it to win.