This Is Why We Prepare: Terrorists Publish Plan To Strike A Critical Part Of America’s Infrastructure 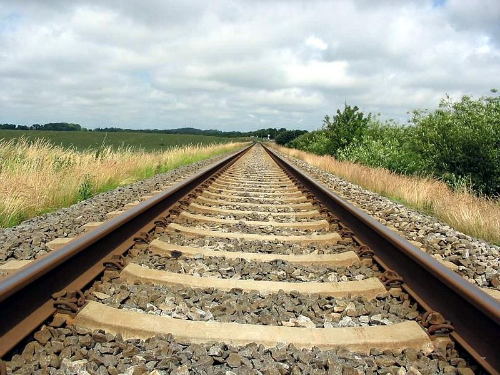 ISIS’ strategy for fighting the West has certainly brought terrorism into the 21st century. Their battlefield is shifting away from the real world and into social media, where they can indoctrinate people living in the West, and convince them to carry out terror attacks in their name. And rather than being sophisticated attacks that cause mass casualties, ISIS promotes multiple smaller attacks that can be spread out throughout a targeted country. It’s easier to cause these kinds of incidents, and a lot harder for authorities to foil them.

It’s a strategy that is as simple as it is brilliant. They can wreak havoc on the societies that oppose them with little cost, and without lifting a finger.

It’s such an effective strategy that it’s now being picked up by other terror groups like Al-Qaeda. Ibrahim al-Asiri, who is the group’s chief bomb maker, recently published a document in a magazine (it should be noted that the idea of a terrorist group having a slick magazine is also borrowed from ISIS) that shows any would-be lone wolf terrorist how to inflict mayhem on a critical component of America’s infrastructure.

Trains are of particular significance to this plan, especially freight trains that carry a range of key consumer products.

The al Qaeda leader urges potential terrorists to focus on three key areas: The trains themselves, the routes they follow, and stations they might stop at.

Due to the difficulty in policing and monitoring these areas, they are viewed as a prime target to cause the most mayhem. An attack would not only disrupt the U.S. economy, but foster panic in the American population and drain many resources, according to the blueprint.

As for why Al-Qaeda would want to target our railways, it’s not just because they’re vulnerable. It’s because our infrastructure in general represents a severe vulnerability, and railways happen to the most enticing target in that regard. Roads, railways, docks, and airports are the lifeblood a developed nation. Without them, our whole standard of living would disappear. The article predicts that by targeting railways intermittently they can destroy our economy, which is absolutely true.

“Some transport companies may get into bankruptcy if targeted regularly and are unable to secure themselves, this will make people seize using such a company for their transportation needs,” according to the article. “These are the most important consequences that may accompany these kind of operations.”

Attacks of this nature can be carried out on a small budget and cause significant amounts of damage and death, which is of particular interest to al Qaeda.

“With little resources, it is possible to achieve great results, this is, if the operations is well executed and planned,” according to the blueprint article. “The results of these kind of operations are disastrous to the economy, especially if they occur regularly.”

This is exactly why we prepare for shortages and economic calamities. We live in world where our very lives depend on long logistical chains that are extremely vulnerable to disruption. We live in a time where a handful of determined people can bring society to its knees. Prepare now, because the fact that this hasn’t happened yet is quite frankly, a miracle. We can’t remain so lucky forever.

What Does It Mean to “Prepare for the Economic Collapse”?

Is World War 3 Coming? 18 Preppers Discuss Effects, Shortages, and How to Get Ready