This Is Not Normal! The Nation Braces For A ‘Bomb Cyclone’ That Will Bring ‘Coldest Air In Decades’ 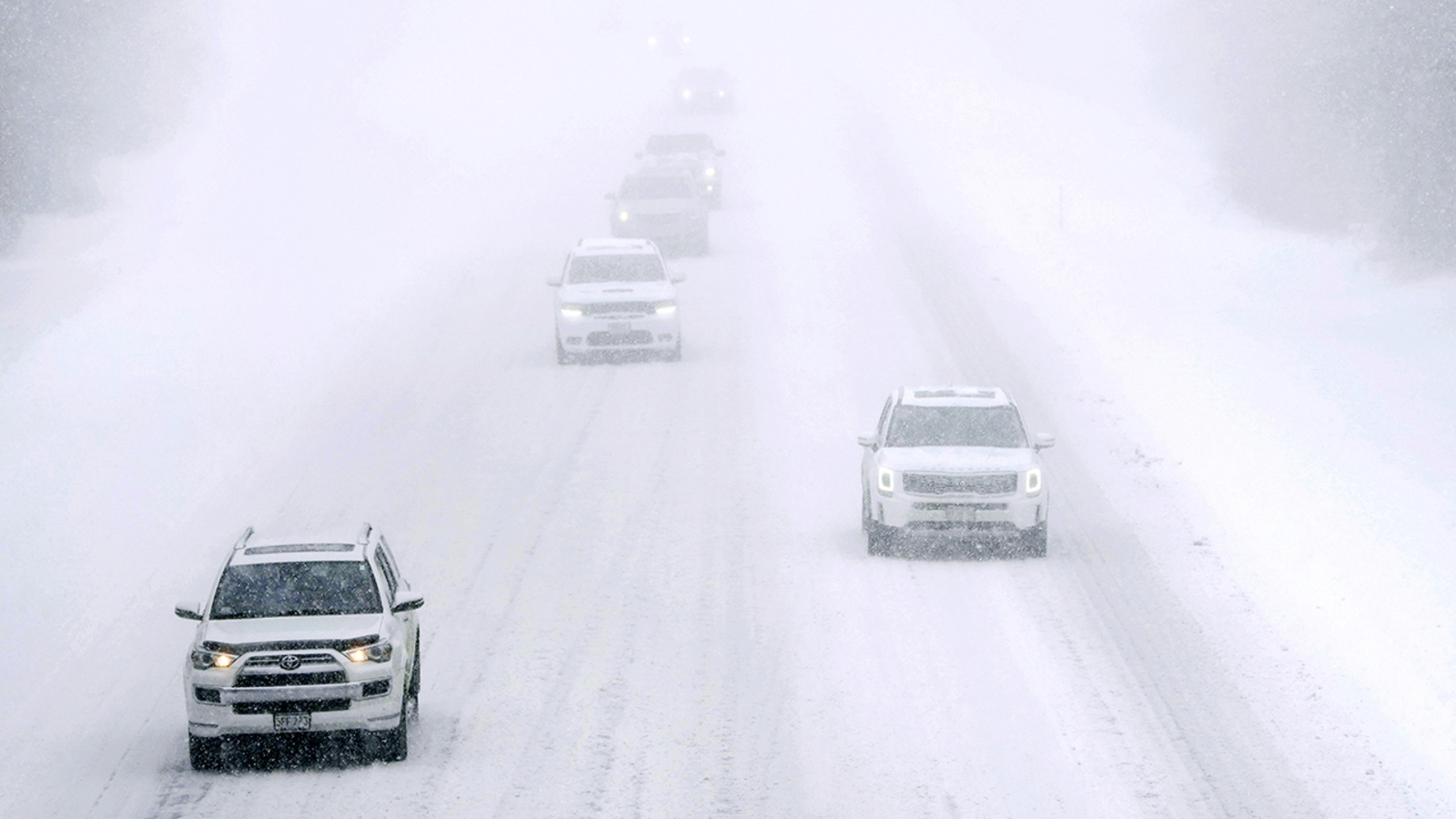 We are only at the very beginning of winter, and we are already being hit by a storm that will bring “the coldest air in decades” to many parts of the country.  In fact, there will be some areas where wind chill temperatures drop so low that it will literally be “life-threatening” to be outside.

Needless to say, we could really use some of that “global warming” they keep talking about right now because conditions are going to be bitterly cold all over the U.S. this week.  For years, I have been warning that global weather patterns are starting to go completely nuts, and this winter is certainly off to an extremely bizarre beginning.  If you live in a place that will get hit really hard this week, please be safe.

According to the Weather Channel, the giant storm that has begun to sweep across the nation is known as “Winter Storm Elliott”, and it could “become a bomb cyclone over the Great Lakes later this week”…

A​ major storm – named Winter Storm Elliott by The Weather Channel – could become a bomb cyclone over the Great Lakes later this week and bring blizzard conditions to parts of the Midwest as well as high winds to the East Coast, snarling travel in the days leading up to the Christmas holiday weekend.

T​his developing storm will also usher in bitterly cold air to much of the nation as far south as Texas, the Gulf Coast and Florida.

So exactly what is a “bomb cyclone”?

Well, normally a storm is considered to have undergone bombogenesis “if its minimum surface pressure drops by at least 24 millibars in 24 hours or less”…

A​s a rule of thumb, meteorologists refer to a strengthening low as “bombing out” or undergoing bombogenesis if its minimum surface pressure drops by at least 24 millibars in 24 hours or less, though that criteria also depends on a storm’s latitude.

Meteorologists frequently discuss pressure in terms of millibars, rather than inches of mercury.

The reason this all matters beyond just a weather geeky statistic is the lower the pressure in a storm, the more intense it is. And the greater difference in pressure over an area, the stronger the winds.

we have seen “bomb cyclones” before, but this one is truly a monster.

If you can believe it, this storm will cover nearly the entire country east of the Rocky Mountains later this week.

This storm will bring tremendous amounts of snow to many areas, but the main threat that it poses are the extremely cold temperatures that it will bring.

According to AccuWeather, some parts of the nation will shortly be experiencing “the coldest air in decades”…

A burst of Arctic air that AccuWeather meteorologists have been monitoring since last week is poised to plunge the eastern two-thirds of the United States into a deep freeze ahead of Christmas, bringing the coldest air in decades to some areas and causing heating demands to sky rocket.

Subfreezing and, in some cases, subzero temperatures are expected to grip areas from the northern Rockies to the Plains, East and South. The mercury could dip to 25-50 degrees Fahrenheit below late-December averages during the height of the cold.

Some of the forecasts that I have seen are more than a little bit frightening.

For instance, Accuweather is telling us that temperatures in Montana and North Dakota “could dip as low as 30 to 40 degrees Fahrenheit below zero”…

By the middle of the week, a reinforcing burst of Arctic air will send temperatures well below zero. Temperatures could dip as low as 30 to 40 degrees Fahrenheit below zero in some areas of Montana or North Dakota, which would come close to a stretch of extreme cold observed back in 1983 and 1989. Records from the cold outbreaks during those years still set the standard for cold air around Christmastime in much of the northern and eastern U.S.

Meteorologists in the Twin Cities forecasted wind chills as cold as minus 40 F Thursday through Friday. Even locations as far south as Orlando, Florida, could potentially see below-freezing conditions this week, according to AccuWeather meteorologist Alex DaSilva.

These extraordinarily low temperatures will also be accompanied by high winds.

This will create extreme blizzard conditions in some portions of the country, and in some cases, we will see wind chill temperatures that look like they have been pulled out of a Hollywood disaster film.

This week tens of millions of Americans are about to experience one of the coldest days of their life.

In some areas, the snow has already begun.

For instance, it was being projected that some parts of Washington state would receive “up to 24 inches of additional snow” on Tuesday.

By the time we get to the weekend, nearly the entire nation will have been hit by this colossal storm.

I wish that I could tell you that this is just an anomaly.

Global weather patterns have been going haywire for quite a while, and it just keeps getting worse with each passing year.

So if you think that things are bad now, just wait until you see what happens in 2023 and beyond…

About the Author: My name is Michael and my brand new book entitled “End Times” is now available on Amazon.com.  In addition to my new book, I have written six other books that are available on Amazon.com including “7 Year Apocalypse”, “Lost Prophecies Of The Future Of America”, “The Beginning Of The End”, and “Living A Life That Really Matters”. (#CommissionsEarned)  When you purchase any of these books you help to support the work that I am doing, and one way that you can really help is by sending copies as gifts to family and friends.  Time is short, and I need help getting these warnings into the hands of as many people as possible.  I have published thousands of articles on The Economic Collapse Blog, End Of The American Dream, and The Most Important News, and the articles that I publish on those sites are republished on dozens of other prominent websites all over the globe.  I always freely and happily allow others to republish my articles on their own websites, but I also ask that they include this “About the Author” section with each article.  The material contained in this article is for general information purposes only, and readers should consult licensed professionals before making any legal, business, financial or health decisions.  I encourage you to follow me on social media on Facebook and Twitter, and anyway that you can share these articles with others is definitely a great help.  These are such troubled times, and people need hope.  John 3:16 tells us about the hope that God has given us through Jesus Christ: “For God so loved the world, that he gave his only begotten Son, that whosoever believeth in him should not perish, but have everlasting life.”  If you have not already done so, I strongly urge you to invite Jesus Christ to be your Lord and Savior today.