This Is How Bad It Is: “The World Must Create 5 Million Jobs a Month Just to Prevent the Situation from Getting Worse” 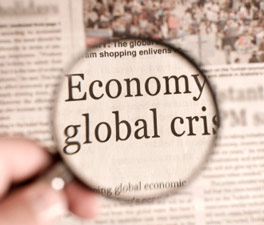 As the quarterly earnings season heats up we are seeing massive cracks in the global economy. Most recently mega-retailer Walmart announced flat-lining sales and say that they expect earnings per share to collapse as much as 12% next year citing higher employee costs and a bleak economic outlook.

But financial pundits continue to look at such reports from some of the world’s biggest companies on the planet as a minor hiccup, doing everything in their power to assure the American people that we remain on a recovery trajectory.

A new report from the World Bank, however, has some very unsettling news for those who think that we are almost out of trouble. According to the report, the world has to create some 600 million jobs over the next 10 years just to keep the system afloat – an almost insurmountable task given that jobs are being wiped out, especially for younger workers, across the United States, Europe and Asia.

Across regions and continents, people 15 to 29 years old are at least twice as likely as adults to be unemployed. The world will have to create 600 million jobs over the next 10 years, or 5 million a month, just to prevent the situation from getting worse, the Washington-based lender said in a report it released Tuesday with coalition partners such as the International Labor Organization.

The World Bank’s report highlights a troubling trend, soon to reach more “civilized nations” as the global economy continues to dip into recession:

At stake is the well-being of the entire global economy. Without an income, millions of young people slump into poverty. By delaying their entry into the workforce or accepting low-paying jobs, many limit their lifetime earning potential. When young people don’t work, governments don’t get the tax revenue and businesses fail to gain customers.

“Social costs are ever mounting as well,” the report said, citing youth-led uprisings in many Arab countries and the rise of economic insurgency and youth extremism. “What we see is a generation in economic crisis.“

Estimates suggest that about 100 million Americans are currently not working – fully one-third of the U.S. population. And as you might expect, about 100 million people are receiving some form of government assistance just to cover their basic necessities.

With unemployment running at Great Depression levels across the United States and no decent jobs being created, we can see that the rise of extremism and “economic insurgency” will not just be limited to the middle east.

Riots are coming to America.

That may sound sensational and alarmist, but experts have repeatedly warned of this real possibility coming to pass.

Financier George Soros, who is rumored to be one of the puppet masters behind not only certain financial market movements, but highly placed politicians, has said that the next financial collapse will lead to a government clamp-down and violent riots in the United States:

“At times like these, survival is the most important thing,” he says, peering through his owlish glasses and brushing wisps of gray hair off his forehead. He doesn’t just mean it’s time to protect your assets. He means it’s time to stave off disaster. As he sees it, the world faces one of the most dangerous periods of modern history—a period of “evil.”

Europe is confronting a descent into chaos and conflict. In America he predicts riots on the streets that will lead to a brutal clampdown that will dramatically curtail civil liberties. The global economic system could even collapse altogether.

“I am not here to cheer you up. The situation is about as serious and difficult as I’ve experienced in my career,” Soros tells Newsweek. “We are facing an extremely difficult time, comparable in many ways to the 1930s, the Great Depression. We are facing now a general retrenchment in the developed world, which threatens to put us in a decade of more stagnation, or worse. The best-case scenario is a deflationary environment. The worst-case scenario is a collapse of the financial system.”

While hard to imagine such a scenario in the Land of the Free, The Prepper’s Blueprint author Tess Pennington explains that the Anatomy of a Breakdown is such that the system can descend into chaos very rapidly, likely with no warning to the general population:

Have you ever heard the saying, “We’re three days away from anarchy?” In the wake of a disaster, that’s all you have is three days to turn the crazy train around before crime, looting and chaos ensue. In reports during the aftermath of hurricane Sandy, residents from Staten Island were pleading for help from elected officials, begging for gasoline, food and clothing.

The 3-5 days following a disaster is the bewitching hour. During this short amount of time, the population slowly becomes a powder keg full of angry, desperate citizens. A good example is the chaos that ensued in New Orleans following the absence of action from the local government or a timely effective federal response in the aftermath of Hurricane Katrina. In such troubled times, people were forced to fend for themselves and their families, by any means necessary.

The trajectory we see now is a continued degradation of the global economy, suggesting that those 600 million jobs will not be created anytime in the foreseeable future.

The end result will be a populace who will have no choice but to turn to theft and violence just to survive. This will become apparent in rising crime rates, and eventually many of us will witness the breakdown right outside our front doors.

The bottom line is this: when people can’t afford to buy food the desperation will become enormous and it will be horrific for those who failed to prepare.

Full Scale Simulation: New Study Reveals Where To Go When Civilization Collapses: “Head For The Hills”