This Hilarious Retweet From President Trump Has Liberals Completely Freaking Out 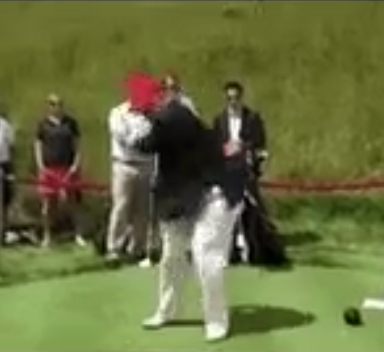 If there’s one thing we know about President Donald Trump it’s that he is probably the most transparent President in history insofar as sharing his personal views is concerned. If he’s thinking it, then there’s often a chance that the rest of the country will soon know about it via his social media sites. Of course, his off-the-cuff remarks are often a bit too controversial for his detractors to handle, and a recent Retweet of a meme he happened across online and shared with his 38.5 million followers is no exception:

As you can imagine, Social Justice Keyboard Warriors immediately sprung into action.

For reTweeting this @realDonaldTrump needs his account to be suspended! @Twitter @jack time to step up to decency! #NotOk

Why show the world you physical harming another human being? Is it OK for children to punch those with whom they disagree? Shame on you.

@IvankaTrump @FLOTUS you two must be so proud of this demonstration of violence towards a woman & cyber bullying!

Get a sense of freaking humor. Everyone on the LEFT defended stupid Kathy Griffin when she held a "severed" head & said it was comedy!?