They Want To GROW The COVID Vaccine In Lettuce 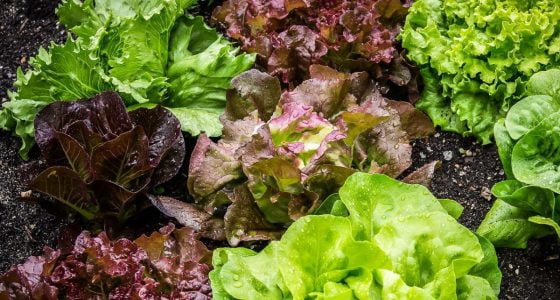 One way or another, the rulers are determined to get whatever is in the “vaccine” that’s not a vaccine into the bodies of every single human being on earth. Now, they are discussing growing the vaccine in lettuce, so you can eat it when you eat a salad.

Just when you thought the tactics of genetically modifying food and pressure to take the shot couldn’t get any worse, the ruling class and its “scientists” come up with a way to figure it out. “Ideally, a single plant would produce enough mRNA to vaccinate a single person,” University of California Riverside’s Department of Botany and Plant Science’s Prof. Juan Pablo Giraldo said in a statement.

According to a report by the Jerusalem Post, this idea is also backed by a $500,000 grant from the National Science Foundation, the project works by showing how DNA with mRNA vaccines can be delivered into plant cells in a way that lets them replicate. If this works, it could mean that plants could produce as much mRNA as a traditional vaccine injection. The real question is whether these plants will be marked as “GMO” because they obviously will be if they contain mRNA, which as we’ve explained is just single-strand DNA and genetic material. Will we even be told we are taking the “vaccine” we don’t want?

“We are testing this approach with spinach and lettuce and have long-term goals of people growing it in their own gardens,” added Giraldo, who is leading the research and working in collaboration with researchers from UC San Diego and Carnegie Mellon University. “Farmers could also eventually grow entire fields of it.”

So basically, it’s not enough that they grow it, and put it on shelves.  They want us to grow and eat it ourselves. This is psychotic.  Newsflash to the ruling class: your precious shot has been out for well over 6 months now. The lemmings who want it have gotten it. The harder you push, the quicker this is going to wake up the sleeping masses.  And, to make matters worse, they are now admitting that “nanotechnology” will need to be used.

So now we are genetically modified cyborgs? This feels like a movie, and hardly real anymore!

But to get [the vaccine in the lettuce], one needs nanotechnology. That is why Giraldo has partnered with UC San Diego nanoengineering specialist Prof. Nicole Steinmetz to deliver the mRNA material into the chloroplasts. “Our idea is to repurpose naturally occurring nanoparticles, namely plant viruses, for gene delivery to plants,” Steinmetz said. “Some engineering goes into this to make the nanoparticles go to the chloroplasts and also to render them non-infectious toward the plants.”

Just when we thought it couldn’t get worse…