These Powder Kegs Are About To Blow: “Trump Needs To Halt The Downward Spiral That Obama Orchestrated” 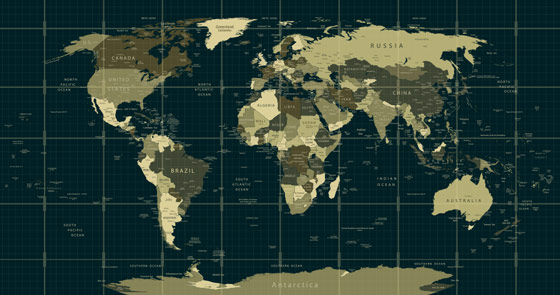 President Trump just took a trip to Saudi Arabia in an effort to obsequiously “shore up” the ties.  Expected.  It is expected for any U.S. president to “recertify” the Petrodollar and the commitments to protect the House of Saud that were initiated by Kissinger and Nixon almost five decades ago.  Times change, and administrations change; however, the systems in place are very slow and resistant to modification.  The BRIC nations are shoring up their interests as the U.S. continues to send more naval “support” for South Korea in the form of another aircraft carrier.

In order to keep the MIC (Military Industrial Complex) happy, defense contracts have to be on the rise: A Republican administration is the foundation for this.  The creation of a threat is ongoing.  The creation of a threat (whether viable or not) is essential to justify the defense contracts and the ongoing deployments of U.S. troops that were initiated under Obama and are continuing under President Trump.  The MIC is too deeply lodged within the framework of the government to extricate in one fell swoop.  It is inexorably intertwined with the fragile (almost skeletal) domestic industrial base of the U.S. economy, as well as all of the foreign policy instituted at home and carried out abroad.

Europe is redefining itself with Britain’s exit from the EU, and NATO is trying to maintain ties and commitments with Britain even as she dumps the Eurodollar and cuts the economic ties to the other nations.  Yes, the three super-states as outlined in Orwell’s “1984” are well on their way to taking shape: Eurasia, Eastasia, and Oceania (North American and Great Britain).  The sides are posturing themselves both economically and militarily, with several “loose ends” to ties up.  Those loose ends are none other than Syria and North Korea, around which there are two different lines forming: The U.S. and Western allies, and Russia with its Asian and Middle-Eastern alliances.

The U.S. Congress and the MIC want to invade Syria, and then Iran.  They also want to “clear things up” in Korea.  These nations are in the way of the establishment of a U.S.-controlled hegemony in the areas and a face-off with Russia.  The first part of it is economic in nature: to attempt to stalemate Russia and China with sanctions and interference in trade (such as the maneuver previously mentioned in other articles to run a natural gas pipeline from Qatar into Eastern Europe).

The Russians have pretty much taken over the Arctic in terms of exploration and mining.  This was enabled to be brought about by none other than Obama, along with the islands off the coast of Alaska that he magnanimously “gave away.”  Obama has left us in very dire straits in our position with the rest of the world: The Middle East is still in a shambles from the “Arab Spring” and all of the debacles in Egypt and Libya; the Eastern European question is not yet solved in relation to Ukraine and the tug-O’-war over it between the U.S. and Russia; Syria and Iran are “powder kegs” about to blow; and the potential for war with North Korea is far from exhausted.

The President is going to need to take the initiative in order to halt the downward spiral that Obama orchestrated and began prior to his departure.  To avert at (the minimum) a new Cold War, he’ll have to sit down and do a face-to-face with Putin instead of dispatching Tillerson to play ping-pong periodically with Lavrov.  The time is now to head off these alliances between other nations that exclude the U.S. to a detriment.  Such economic alliances eventually always turn into military alliances…based on the need to preserve the flow of money between the nations involved.

We do not need another Cold War to materialize.  The way to stop it from occurring is through sound diplomacy and strength of position, not through imperialism and posturing.  Therein lies the challenge: the restructuring of iron-clad policies and institutions so as to make a better deal and position for the U.S. and really “draining the swamp” of Washington.  Saudi Arabia, eh?  Well, why don’t we start out the “new deal” by going into all of that untapped oil that we have domestically?  What are we waiting for?  Or is it just a matter of not wanting to tick off the Saudis and changing the status quo of our worthless fiat Petrodollars?  Only time will tell whether true actions will be taken and not another dog-and-pony show to enable the President to be reelected.