The World Is Short-Fused On Multiple Flash-Points: “These Activities Cannot Be Discounted As Any Kind Of Routine” 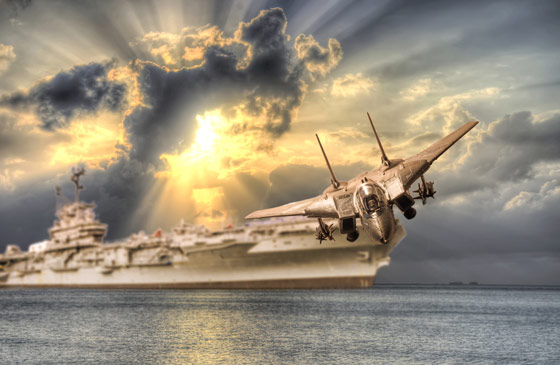 It has been reported that the USS Nimitz will join the USS Ronald Reagan and the USS Carl Vinson for a total of three U.S. carriers and their groups deployed to respond to or initiate actions against North Korea.  There is a small excerpt from an article entitled 3rd US Naval Strike Force Deployed to Deter North Korea that bears mention:

The U.S. military, meanwhile, will test a system to shoot down an intercontinental ballistic missile (ICBM) for the first time next week.  It is intended to simulate a North Korean ICBM aimed at the U.S.

As you may see from that quote, it is blatantly obvious that the U.S. military is taking the North Korean threat a bit more seriously.  In the wake of two more missile tests by North Korea and the intention (after the latest test) to mass-produce missiles, the rhetoric seems to be working toward actions.  We’ve already covered numerous articles on the threat of EMP (Electromagnetic Pulse) weapons by North Korea, as attested to by Dr. Peter V. Pry and other experts on the subject.  Now the U.S. has declared intentions of more “sanctions,” yet is emplacing a third carrier-group in the area.

Also, on Monday, May 27, two Russian Tupolev TU-160 Blackjack bombers passed closely to British airspace…close enough that the RAF scrambled two Typhoon fighters from Lossiemouth Air Force base in Scotland to intercept them.  Many may label this as routine; however, the UK Daily Mail released an article on this incident yesterday that provides some interesting facts, under a subparagraph entitled “Putin’s Patrols: Two Years of Russian Raids,” that reports on Russian aircraft running Cold-War routes.

When paired with all of the activities taking place off of the Alaskan coast this April and the scrambling of U.S. aircraft in response, these activities cannot be discounted as any kind of routine.  What they evidence is a growing preparedness on all sides and a ratcheting-up of tensions as the world moves closer to a major war.  The Chinese dispute with Japan over the Senkaku Islands is far from over, and the presence of the U.S. Navy in the region regarding North Korea has increased China’s belligerent rhetoric and her activities.

The terrorist incidents are on the rise around the world.  All News Pipeline’s Stefan Stanford just released an excellent piece with comments from former 4-Star General John Kelly, currently the Secretary of the Department of Homeland Security.  Entitled “Retired 4-Star General’s Dire Warning To America Should ‘Awaken’ Millions! What DOES He Know That We Don’t Know?“ the article details the heightened tensions and a worldwide sense by governments and citizens alike that the terrorist attacks will increase and not abate.

The nations are beset by widespread domestic violence within their borders from the illegal aliens in Europe, and terrorist incidents are rising exponentially.  The United States is also seeing a rise in shootings and civil unrest along racial and political lines.  Theaters such as North Korea, Syria, and Ukraine can morph into a state of regional war that may grow into something much larger at any given moment.  How soon? Well, it’s overdue, and whether or not it can be prevented from occurring is another matter of conjecture that only time will answer.