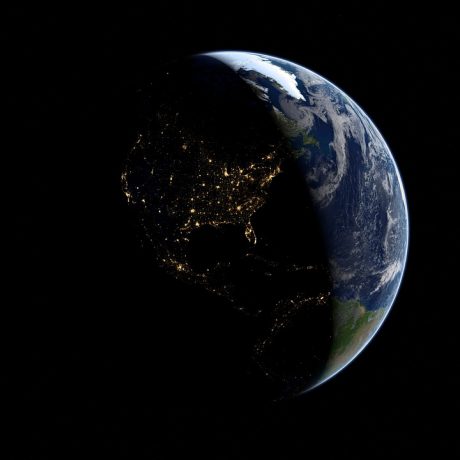 The borrower is the servant of the lender, and through the mechanism of government debt virtually the entire planet has become the servants of the global money changers. Politicians love to borrow money, but over time government debt slowly but surely impoverishes a nation. As the elite get governments around the globe in increasing amounts of debt, those governments must raise taxes in order to keep servicing those debts. In the end, it is all about taking money from us and transferring it into government pockets, and then taking money from government pockets and transferring it into the hands of the elite. It is a game that has been going on for generations, and it is time for humanity to say that enough is enough.

According to the Institute of International Finance, global debt has now reached a new all-time record high of 217 trillion dollars…

Global debt levels have surged to a record $217 trillion in the first quarter of the year. This is 327 percent of the world’s annual economic output (GDP), reports the Institute of International Finance (IIF).

The surging debt was driven by emerging economies, which have increased borrowing by $3 trillion to $56 trillion. This amounts to 218 percent of their combined economic output, five percentage points greater year on year.

Never before in human history has our world been so saturated with debt.

And what all of this debt does is that it funnels wealth to the very top of the global wealth pyramid. In other words, it makes global wealth inequality far worse because this system is designed to make the rich even richer and the poor even poorer.

Every year the gap between the wealthy and the poor grows, and it has gotten to the point that eight men have as much wealth as the poorest 3.6 billion people on this planet combined…

Eight men own the same wealth as the 3.6 billion people who make up the poorest half of humanity, according to a new report published by Oxfam today to mark the annual meeting of political and business leaders in Davos.

This didn’t happen by accident. Sadly, most people don’t even understand that this is literally what our system was designed to do.

Today, more than 99 percent of the population of the planet lives in a country that has a central bank. And debt-based central banking is designed to get national governments trapped in endless debt spirals from which they can never possibly escape.

For example, just consider the Federal Reserve. During the four decades before the Federal Reserve was created, our country enjoyed the best period of economic growth in U.S. history. But since the Fed was established in 1913, the value of the U.S. dollar has fallen by approximately 98 percent and the size of our national debt has gotten more than 5000 times larger.

It isn’t an accident that we are 20 trillion dollars in debt. The truth is that the debt-based Federal Reserve is doing exactly what it was originally designed to do.  And no matter what politicians will tell you, we will never have a permanent solution to our debt problem until we get rid of the Federal Reserve.

In 2017, interest on the national debt will be nearly half a trillion dollars.

That means that close to 500 billion of our tax dollars will go out the door before our government spends a single penny on the military, on roads, on health care or on anything else.

And we continue to pile up debt at a rate of more than 100 million dollars an hour. According to the Congressional Budget Office, the federal government will add more than a trillion dollars to the national debt once again in 2018…

Unless current laws are changed, federal individual income tax collections will increase by 9.5 percent in fiscal 2018, which begins on Oct. 1, according to data released today by the Congressional Budget Office.

At the same time, however, the federal debt will increase by more than $1 trillion.

We shouldn’t be doing this, but we just can’t seem to stop.

Let me try to put this into perspective. If you could somehow borrow a million dollars today and obligate your children to pay it off for you, would you do it?

Maybe if you really hate your children you would, but most loving parents would never do such a thing.

But that is precisely what we are doing on a national level.

Thomas Jefferson was strongly against government debt because he believed that it was a way for one generation to steal from another generation. And he actually wished that he could have added another amendment to the U.S. Constitution which would have banned government borrowing…

“I wish it were possible to obtain a single amendment to our Constitution. I would be willing to depend on that alone for the reduction of the administration of our government to the genuine principles of its Constitution; I mean an additional article, taking from the federal government the power of borrowing.”

And the really big secret that none of us are supposed to know is that governments don’t actually have to borrow money.

But if we start saying that too loudly the people that are making trillions of dollars from the current system are going to get very, very upset with us.

Today, we are living in the terminal phase of the biggest debt bubble in the history of the planet.  Every debt bubble eventually ends tragically, and this one will too.

Bill Gross recently noted that “our highly levered financial system is like a truckload of nitro glycerin on a bumpy road”. One wrong move and the whole thing could blow sky high.

When everything comes crashing down and a great crisis happens, we are going to have a choice.

We could try to rebuild the fundamentally flawed old system, or we could scrap it and start over with something much better.

My hope is that we will finally learn our lesson and discard the debt-based central banking model for good.

The reason why I am writing about this so much ahead of time is so that people will actually understand why the coming crisis is happening as it unfolds.

If we can get everyone to understand how we are being systematically robbed and cheated, perhaps people will finally get mad enough to do something about it.