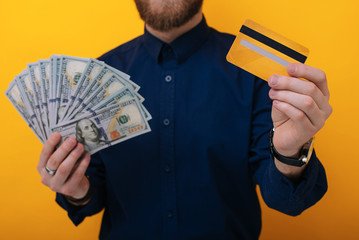 Another recession warning has surfaced.  The wealthier Americans have cut back on their consumerism and spending, which could be a signal that the recession is right around the corner.

Many economists and analysts have said that the backbone of the American economy is the consumer. But according to CNBC, the wealthiest consumers have cut their spending while the middle class continues. The rich have cut their spending on everything from homes to jewelry and those personal spending cuts are sparking fears of a “trickle-down recession.”  From real estate and retail stores to classic cars and art, the weakest segment of the American economy right now is the very top. While the middle class and broader consumer sections continue to spend, economists say the sudden pullback among the wealthy could cascade down to the rest of the economy and create a further drag on growth.

According to Redfin, sales of homes priced at $1.5 million or more fell 5% in the United States in the second quarter. Unsold mansions and penthouses are piling up across the country, especially in ritzy resort towns, with a nearly three-year supply of luxury listings in Aspen, Colorado, and the Hamptons in New York.  The top income earners have cut back, either in preparation(to save more) or out of non-necessity, and perhaps it’s time others take notice.

Retailers to the 1% are faring the worst, with famed Barney’s filing for bankruptcy and Nordstrom posting three consecutive quarterly declines in revenue. Meanwhile, Wal-Mart and Target, which cater to the everyday consumer, are reporting stronger-than-expected traffic and growth.

At this month’s massive Pebble Beach car auctions, known for smashing price records, the most expensive cars faltered on the auction block. Less than half of the cars offered for $1 million or more were able to sell. But cars priced at under $75,000 sold quickly — many for far more than their estimates.

The top 10% of earners account for nearly half of all consumer outlays, according to Mark Zandi, the chief economist at Moody’s Analytics. But their spending has fallen over the past two years, while spending for the middle class has accelerated. “If high-income consumers pull back any further on their spending, it will be a significant threat to the economic expansion,” Zandi said.

The savings of the rich has also exploded, more than doubling over the past two years, suggesting that the wealthy are hoarding cash. This is why they are wealthy and will remain so long after a recession.  Perhaps we should all take a lesson from the rich and emulate them if we want to have a lot of money and financially survive the next recession.

The middle earners, or those in the 40% to 89.9% of the income distribution, have largely picked up the spending slack from the rich, whether they could afford to or not. “If job growth slows any further, unemployment will begin to rise, (the middle earners) will pack it in, resulting in an economic downturn,” Zandi said.