The US Is ‘Alarmed’ Over Mysterious Russian Satellite’s Behavior 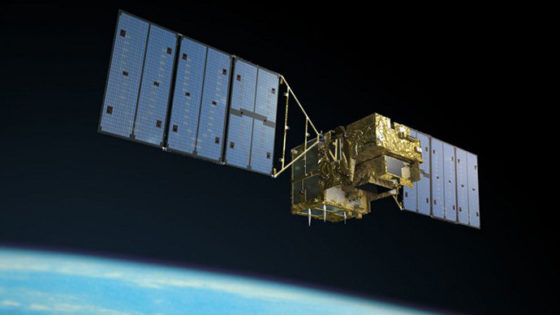 The United States government appears to be “alarmed” over the behavior of a mysterious Russian satellite. Some in the government even say that it is entirely possible that the satellite might actually be a weapon.

The satellite was launched in October of last year, according to a report by BBC.  “We don’t know for certain what it is and there is no way to verify it,” said assistant secretary Yleem Poblete at a conference in Switzerland on 14 August. Poblete also was concerned that the Russians had launched an anti-satellite weapon into space. “Russian intentions with respect to this satellite are unclear and are obviously a very troubling development,” she added, citing recent comments made by the commander of Russia’s Space Forces, who said adopting “new prototypes of weapons” was a key objective for the force.

Russia has dismissed Poblete’s concerns as “unfounded, slanderous accusations based on suspicions.”  But the US is still suspicious.  “[The satellite’s] behavior on-orbit was inconsistent with anything seen before from on-orbit inspection or space situational awareness capabilities, including other Russian inspection satellite activities,” Poblete told the conference on disarmament in Switzerland.

Space weapons may be designed to cause damage in more subtle ways than traditional weapons like guns, which could cause a lot of debris in orbit, explained Alexandra Stickings, a research analyst at the Royal United Services Institute. “[Such weapons may include] lasers or microwave frequencies that could just stop [a satellite] working for a time, either disable it permanently without destroying it or disrupt it via jamming,” she said.

The United Kingdom is also unsure of the purpose of this particular Russian satellite, according to RT. A spokesman for the UK’s Ministry of Defence said he could neither confirm nor deny any tracking of Russian satellites. “There are a range of threats and hazards to all space capabilities in what is an increasingly contested domain,” he said. “These include the development of counter-space weapons by a number of nations. The UK is working closely with international allies, including the US, to re-enforce responsible and safe behaviors in space and to build knowledge, understanding, and resilience,” the UK spokesman added.

As of right now, the Earth is in fact surrounded by a lot of junk. This space junk is made up of various bits of space debris, including man-made old and out-of-use satellites, and rocket stages.  These things are all circling the planet at an incredibly rapid speed and could be a potential threat to the International Space Station (ISS), crews in space and working satellites, which is part of the reason all space debris and objects launched are tracked by various governments around the globe.