The Unstoppable Coronavirus vs. The “All-Powerful” Federal Reserve 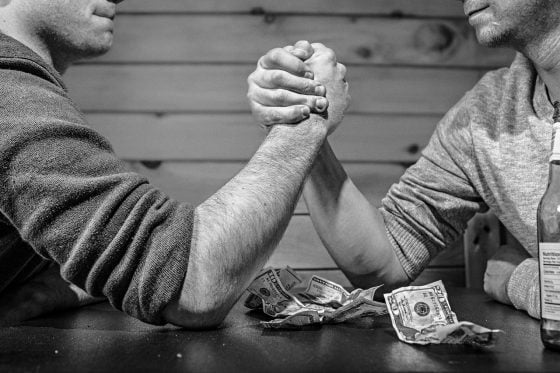 Has the Federal Reserve finally met an opponent that it won’t be able to defeat?  Ever since the last financial crisis, unprecedented intervention by the Fed at key moments has kept the economy and the financial system relatively stable.

No matter what has come along, it has seemed like the Federal Reserve has always had an answer, and this has created an environment that has enabled the most ridiculous stock market bubble in U.S. history to grow to epic proportions.  But now COVID-19 is perhaps the greatest challenge that the Fed has faced in modern times.  No matter how low-interest rates are pushed, and no matter how much helicopter money the Fed drops from the sky, it isn’t going to cause fearful Americans to go shopping, take trips or start businesses.  And nothing that the Fed can do will be able to mitigate the severe disruptions to global supply chains that we are currently witnessing.

But that doesn’t mean that the Fed isn’t going to go back to the same old playbook that has worked so well in the past.

On Tuesday the Fed announced an emergency rate cut, and instead of soaring, stock prices absolutely tanked.  In fact, the Dow Jones Industrial Average ended the day down 785 points…

The decision to cut rates by half a percentage point came two weeks before the Fed’s scheduled meeting as the central bank felt it was necessary to act quickly to combat the effect of the virus spreading worldwide. It’s the first such emergency action coming in between scheduled meetings since the financial crisis.

At this point, the Federal Reserve doesn’t have much room to reduce interest rates.  But of course, President Trump was disappointed in the Fed’s decision because he wanted an even bigger rate cut…

‘The Federal Reserve is cutting but must further ease and, most importantly, come into line with other countries/competitors,’ Trump wrote. ‘We are not playing on a level field. Not fair to USA. It is finally time for the Federal Reserve to LEAD. More easing and cutting!’

Meanwhile, just about everyone else is using the word “panic” to describe this move by the Fed.  The following example comes from Zero Hedge…

Instead, as it stands “it smells like panic” as more than one Wall Street veteran put it.

Worse, as BMO’s Ian Lyngen puts it, what happened after the Fed’s emergency 50bps rate cut, the biggest since Jerome Kerviel blew up SocGen, “the situation didn’t play out exactly as Powell might have envisioned.”

So just how bad is it? Well, as plunging stocks demonstrate, the Fed is this close from losing all credibility…. and since the market has been held up for the past 11 years on nothing but Fed faith – and trillions in Fed liquidity – this could be a very, very big problem.

If you can believe it, even CNBC’s Jim Cramer is saying that this move by the Fed has made him “nervous”…

Cramer went on to say that he’d previously been optimistic, despite the recent Dow freefall. But the Fed’s move has caused him to adopt a more cautious posture.

“It makes me feel, wow, the weakness must be much more than I thought,” Cramer said. “And I’ve been trying to be bullish, but I can’t.”

He added, “I’m now nervous. I’m more nervous than I was before.”

The Federal Reserve has almost entirely run out of interest rate ammunition already, and we aren’t even officially in a recession yet.

So what are they going to do once things get really bad?

A reduction in interest rates usually spurs the U.S. economy, but these are not normal times.

Even if interest rates were pushed all the way to the floor, it isn’t going to change the fact that global supply chains are collapsing and a large portion of the population is scared to death of this virus…

But historically low rates can’t address delayed deliveries from China that leave store shelves half-filled and auto manufacturers short of imported parts. They can’t prod shoppers fearful of contracting the virus to visit malls and restaurants. And they can’t bring back throngs of foreign tourists to U.S. hotels and shopping centers, including many from China and other countries now subject to travel bans.

And the problems that we are seeing with global supply chains are expected to continue to get worse in the weeks ahead.  In fact, Harvard Business Review is anticipating that the impact of this virus could peak “in mid-March”…

Reports on how the Covid-19 outbreak is affecting supply chains and disrupting manufacturing operations around the world are increasing daily. But the worst is yet to come. We predict that the peak of the impact of Covid-19 on global supply chains will occur in mid-March, forcing thousands of companies to throttle down or temporarily shut assembly and manufacturing plants in the U.S. and Europe. The most vulnerable companies are those which rely heavily or solely on factories in China for parts and materials. The activity of Chinese manufacturing plants has fallen in the past month and is expected to remain depressed for months.

But what if this virus just continues to explode all over the planet?

When I posted my last article yesterday, the number of confirmed cases outside of China had just surpassed the 10,000 mark.

As I write this, that number is just shy of the 13,000 mark, and by the time most of you read this article it will be even higher.

After interest rates are pushed all the way to the floor, “helicopter money” will be about the only weapon the Fed has left.

Normally, “helicopter money” pushes up stock prices, but in the middle of a horrifying global pandemic, people are not going to want stocks.

Instead, there is going to be tremendous demand for food and other essential supplies, and “helicopter money” will just escalate prices to absolutely absurd levels.

Sadly, fear of this virus is already starting to cause this to happen…

As the coronavirus spreads and people rush to protect themselves and their families from getting sick, the U.S. is seeing heavy demand for everything from masks to hand sanitizer.

If you use Purell, I hope that you stocked up ahead of time.

There has never been a time like this before in all of American history, and what we have seen so far is just the beginning.

Now that the U.S. is planning to start testing more people, we are being warned that we could see an explosion in the number of confirmed cases in the weeks ahead.

If that happens, there is going to be a tremendous amount of fear.

But now is not a time for fear.  Now is a time to be calm, to think rationally, and to act resolutely.

It is during moments of crisis that we find out who we really are, and hopefully, this challenge will bring out the best in all of us.