The U.S. Government Is Here To Help: Tariffs On Lumber Could DOUBLE 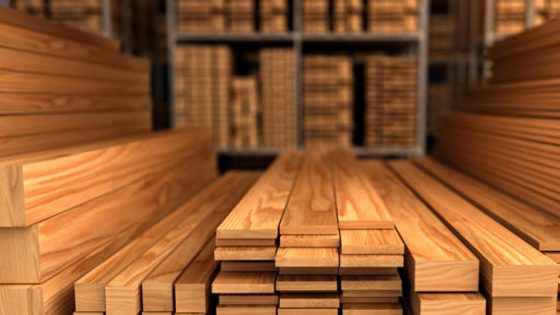 The United States government is looking at increasing the theft and costs of lumber to the public as prices are skyrocketing. In fact, the “authorities” want to double the tariffs on lumber coming from Canada.

According to reports, the masters will be making it much harder for the slaves to afford lumber after they steal half their income in taxes then apply tariffs and hyperinflation to transfer wealth to themselves. Remember, we warned when former president Donald Trump decided to play the tariff game that those costs would be placed firmly on the backs of the American consumer, and we were right. There is too much evidence to ignore that tariffs are not put in place to “hurt” other countries but to destroy the purchasing power of an American consumer’s dollar.

This situation is no different under Biden than it was under Trump. Americans who purchase lumber will be footing the bill for these taxes. Wake up and start to realize what the system is doing. It’s going to be too late at some point.

The United States commerce department recommended a more than doubling of the tariffs on Canadian lumber last Friday despite a meteoric rise in prices and demand for the commodity. Specifically, the department recommended the “all others” preliminary countervailing and anti-dumping rate move to 18.32% from 8.99%. The proposed rates are subject to further review over the next six months before final duties are set sometime in November.

The move to increase tariffs on Canadian lumber suppliers comes as lumber prices have taken the brunt of the inflation and risen over 275% since last April alone. Canada’s share of the US lumber market sits at around 25% as well, according to the Wall Street Journal.

On May 22, National Association of Home Builders chairman Chuck Fowke released a statement criticizing the move to increase tariffs. “The administration should be ashamed for casting its lot with special interest groups and abandoning the interests of the American people,” he said.

It’s always the same and it won’t end until we decide it’s over.  No administration will save us or give us the freedom that was our birthright. It’s up to us to take the first step and realize the illusion they have created in order to control, impoverish, and own us all.

Stay alert, use your critical thinking. I know I frequently remind readers to do this, but it’s imperative at this point in history.  Use discernment and continue to prepare for anything you can. Once enough people awaken to the reality that government is slavery, they will not go down without a few last-ditch attempts to rule and control us all.