The Two Bents Of The Media Are An Illusion Of Choice: “All Of The Mainstream Media Is Liberal, Marxist, Biased, And Profit-driven” 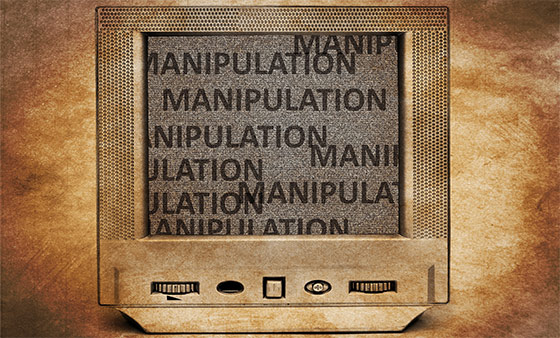 Bret Baier conducted an interview with Senator Mitch McConnell on Fox News recently.  Of itself, this is no big news.  What was noteworthy, on the other hand, were two points that are indicators of the “sea change” that has been made with the new administration under President Trump.  Firstly, McConnell was far from his usual wishy-washy, middle-of-the-road self, and secondly, Bret Baier took a stance that was so antagonistic toward the Republican Senator as to make Baier appear to be a Democrat.

Now that Donald Trump is President, the Mainstream Media (MSM) have been pulling out all the stops, and the allegedly conservative Fox News was no different.  Baier was badgering McConnell over the President’s selection for a new Supreme Court Justice and pressured him to say whether the Republicans would push it through.  McConnell told him no less than three times [para.] “the judge will be confirmed,” and each time Baier badgered him akin to a prosecuting attorney.

Baier asked about Obamacare, and McConnell said that it would be “repealed and replaced.”  Baier grilled him about whether the President would allow Obama’s executive orders to stand, and McConnell flatly informed him that the President would utilize executive orders of his own to remove those of Obama.  The interview was conducted Tuesday, January 31st on Fox News, and you must see it to believe it…on both sides.

McConnell (nowhere near a true supporter of the President prior to the election) is now firmly “toeing the line” that is being set by the President.  Such matters in no way exonerate McConnell from his past behavior throughout the “Dark Ages” of Obama’s tenure: many an opportunity he had to stop Obama in his tracks over a myriad of issues and did not do so.  What this interview revealed was that if a “yes” man such as McConnell sat in front of Bret Baier and did not back down from supporting the changes that are being made by the administration, then the President has the “juice” and is going to continue to shake up the establishment and clean it out.

To be clear: it is not out of altruism or party loyalty that McConnell took a firm stance.  McConnell is for McConnell first, but with a strong President who doesn’t waver?  He won’t have to stand firm: The President is standing firm for him.  More importantly, he’ll comply with the pace set for him.

The disturbing part was how Baier was in the interview.  With all the other MSM stations full of liberals and Marxists (CNN, MSNBC, NBC, ABC, etc.), you would think Fox would remain conservative.  The Megyn Kelly fiasco with her little temper tantrums and subtle support for the Democrats punctured that bubble of illusion.  One would have thought that Fox would jump “on board” the McConnell-Ryan “coracle” and at least support conservatives.  Far from it, Fox has been lambasting the conservatives in and around the administration…while merely pretending to support them.

The two parties (Democrat and Republican) are the illusion of choice.  The difference now is that we have a President who is not instituting policy according to the Republican party: he is initiating changes according to the will and needs of the American people.  The two bents of the media (liberal and conservative) are an illusion of choice, because all of the Mainstream Media is liberal, Marxist, biased, and profit-driven.  The FCC ran roughshod and rampant across the country with “fair reporting” and “equal time” clauses and standards that (in truth) further denigrated an already non-objective news and reporting industry.  The very standard they enforced by bureaucratic fiat was an infringement on the 1st Amendment and a method to squelch conservative, objective reporting.  There was nothing fair about their “fair reporting” doctrine (or “plank” may be the better term).

One of the reasons they agitate (as Fox did the other night) is to stir up controversy and pretend to be the “underdog” in an issue.  Well, Fox doesn’t have any “wiggle” room on this one: Conservatives have been the underdog for eight years.  Obama forced the cringing media to cower under their chairs instead of reporting the events.  Benghazi, Fast and Furious, the U.S.-orchestrated coup d’état in Ukraine…none of the media did their jobs…to provide objective, factual reporting to the American people…even though it went against the edicts of the “ruler,” Obama.

Truth in reporting and grass-roots journalism is anathema to the MSM in the manner of sunlight to vampires.  The other night Baier may have scored big “brownie” points with Democrats, however, after eight years of faux indignation and half-hearted reporting, it’s time for those stations that call themselves conservative to follow after it.  McConnell and Baier were great “barometers” the other night: the former’s position showed the strength of the President’s stance and policies, and the latter revealed the vampire of badgering for sensational effect by a media network that is conservative in name only.