The Trap Is Set: “Both Sides Are Utterly Unprepared For What’s Coming” 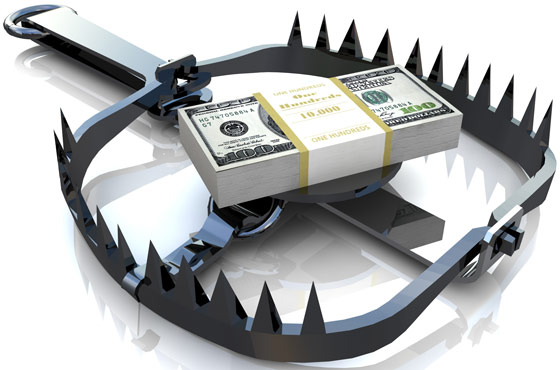 If there’s one thing that should be absolutely clear in the current political environment in America, it’s that  there exists a deep division between the people of this nation. Both of sides of the aisle argue vehemently about what’s best going forward, sometimes to the point of physical violence. And though the election of President Donald Trump speaks volumes about the sentiment of Americans, the following video report from Storm Clouds Gathering warns that both sides are utterly unprepared for what’s coming.

Is Trump going to usher in a new era of prosperity and innovation?

Or is he going to be the one standing in the center ring when the circus tent comes down?

Some voted for Trump as a political Molotov cocktail… Trump is a business man, you say… He’s going to make things happen… cut taxes…cut regulation… invest a trillion dollar in infrastructure… punish companies that move factories overseas… rebuild the military… restore relations with Russia… start a trade war with China… and a new arms race would create jobs… there’s a lot to unpack there… and those debates are worth having.

However, much of this hinges on a variable that Trump doesn’t control… The Federal Reserve.

…Word is, the Fed is leaning towards increasing interest rates aggressively in 2017 and may engage in anti-inflationary measures to offset Trump’s infrastructure plans… that means the flow of money and credit is about to be tightened…

It also means the Fed is setting itself up for a showdown.

Related: Prepare For Any Disaster With This Step-By-Step Guide