The Stakes Are High For President Trump! 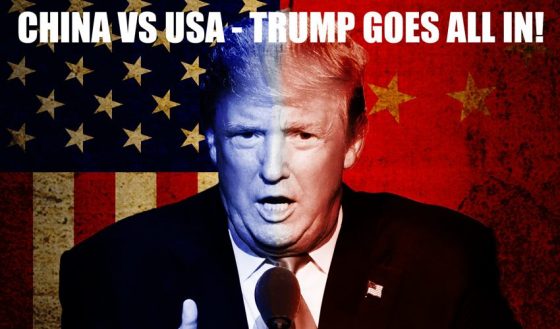 Keeping up with all the news both economically and geopolitically has been difficult at times, especially recently. However, it is vital to understand exactly what’s going on in this country today.

First, there’s the problem of globalism.  It’s spreading quickly and there seems to be no stopping it.  President Donald Trump is probably trying to make his best attempt.

It is unfortunate, but just in case you didn’t get the memo, the world that you inherited from your parents and grandparents is gone now. The America that existed before the Great Recession of 2008-2009, a time when jobs were secure and everybody worked at the same company until they retired at 65, is now a distant memory, never to return in your lifetime.

Slowly at first and astronomically quickly, later on, the Chinese economy went from the poorest on earth and into the slot of 2nd largest economy and it will be FIRST in less than a decade. President Trump is looking to shift global supply chains to North America, to bring back quality jobs, to enforce westernized policies and standards on the Chinese economy.

President Trump has taken on the tough mission of finding common ground with them, assessing the threat and dealing with it, however difficult and unpopular it may be. Tariffs have been put in place, retaliation on the other hand ensued; the stakes are high! It’s a massive undertaking and Donald is going for it. If successful, he can change the course of history, since the Chinese have major aspirations.

The battle is on and many don’t seem to want to take it laying down.  Trump is currently and ongoingly the subject of a massive witch hunt! This isn’t new news to most people, but so many are trying so hard to stop him, it’s impossible to see this as anything other than a witch hunt – and a war over the minds of Americans.

Of all the wars in the world today, few are as fierce or uncompromising as the war of public opinion in America. Across multiple generations and through presidents of both dominant political parties, the animosity of the mainstream media towards Donald Trump has never been matched, and it’s tearing at the fabric of the nation. Beto O’Rourke has called Trump a white nationalist, MSNBC talk show host Joy-Ann Reid has deemed him “a risk to national security,” and The New York Times CEO Mark Thompson has used invectives like “hostile,” “stupid,” and “dangerous” in reference to the President. Call it political theater if you wish, but there’s an element of demonization that seems to cross the line here, even by American media standards (if such standards exist).

All of this is happening while Trump is pushing for zero interest rates. There’s good and there’s bad when rates are zero, but the real reason Trump wants them that low is to solve the national debt problem facing the U.S.

Nixon’s closing of the gold window set off the American government’s spending binge and debt accumulation, which continues to this day. After all, if America’s fiat money isn’t convertible to gold anymore, the government basically has carte blanche to spend and print more dollars at will – which is why the U.S. now has a debt burden of $22.5 trillion and counting. President Trump inherited much of this debt load upon taking office in 2016, and he understands that the trajectory of the national debt is completely unsustainable.