The Richest Man In All Of Asia Is Aggressively Preparing For Collapse: “Direct Exposure To Gold As Super Wealthy Focus On Wealth Preservation” 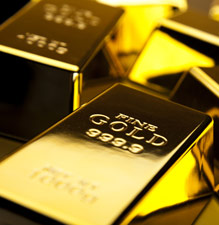 The world is awash in crisis with wars looming, economies crashing and revolutions brewing. Doomsday bunkers sales are soaring and individuals from coast to coast are getting ready for whatever tomorrow may bring. Moreover, even governments like China and Russia are preparing, having gone so far as to create their own exchange mechanism to trade directly with gold in the event of a global currency crisis or financial meltdown.

But it’s not just governments who have taken notice of the problems facing the globe. According to Gold Mining Chairman Amir Adnani and Sprott U.S. Holdings CEO Rick Rule, some of the biggest billionaire investors on the planet are actively seeking out precious metals like gold as wealth protection insurance amid the uncertainty of the current geo-political climate.

In a recent interview with SGT Report, Adnani explains that several super wealthy individuals with whom he works very closely, including mainland China’s biggest billionaire investor and the richest man in all of Asia Li Ka-shing, have a renewed and urgent interest in diversifying their assets into both, gold mining firms and the physical asset itself:

This individual’s net worth is about $35 billion… For the first time in a number of years of working with his team when it comes to investments in commodities that they believe were important to the strategic growth of China… for the first time they are looking for gold related investments.

The comment from the person heading this initiative for Li Ka-shing is very interesting… His right had man said to me ‘He’s not just looking for investing in gold mines… he literally wants to find more ways to take physical gold back to Hong Kong and have that exposure.’

This is the largest individual investor in mainland China and I tell you over the last few years of having worked with him on the energy side, this is the first time I have seen him so aggressively looking for gold related opportunities.

In the full interview, insiders Amir Adnani and Rick Rule share their experiences working with others large investors, current strategies and expectations of what’s to come:

The reason for why these high net worth individuals are rapidly moving into gold related assets, notes Adnani, is that they are not necessarily all that concerned with the current price and how high it may go in the future, but rather, because precious metals are backed with thousands of years of evidence that they are the asset of last resort during crisis:

It’s a great reminder when you look at the first trading day after Brexit… I remember looking at my own portoflio.. and looking at the market… and everything is red… the Dow is down over 500 points… the only thing up are gold stocks…

But while insurance and wealth preservation are the key motivating factor for the super wealthy, another billionaire, Sprott U.S. Holdings CEO Rick Rule, says that even a tiny boost in investor demand could drive prices to new highs from here as investors stampede into hard asset stocks and physical holdings as the current bull market gains steam:

The corresponding number at the top of the last bull market.. real bull market in 1981… was 8%…

I’m not suggesting to you that gold and precious metals related investments will ever get back to 8% but I would suggest to you that they will, in this bull market, approach the three decade median, which was 1.5%.

If that occurred, you would see a more than four-fold increase in demand for precious metals and precious metals related equities… I think that could be reasonably dramatic.

I am not one of these doom and gloom guys who says that gold is going win the war against the U.S. dollar.

But if gold lost the war a little less badly… in other words, if gold and gold equities market shares got up to 1.5% of the investment savings matrix of the United States, that would represent a four-fold increase in demand.

The world is primed for a serious, potentially devastating collapse of life as we know it. That may come with war, economic collapse, or both simultaneously. What we know from history is that those who prepared ahead of time and understood the ramifications of such events were positioned to not only survive, but thrive.

The high net worth individuals who are moving into gold related assets see the writing on the wall, and they are positioning themselves now to ensure their wealth will be preserved.

We strongly encourage you to do the same.