The Push For Disarmament Begins: “The Globalists Are Waiting in the Wings To Take Down America And Confiscate Firearms” 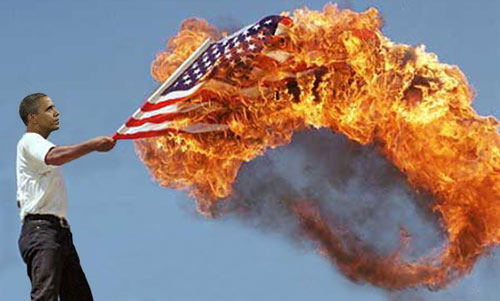 The headlines and news networks are awash with the shooting that occurred on Sunday in Florida – 50 dead and 53 hospitalized in the largest single mass-shooting incident in the history of the U.S.  History in the making, and as Rahm Emmanuel put it, never let a crisis go to waste.  The governor of Florida quickly declared a state of emergency, and as the FBI is labeling it as a “terrorist incident,” undoubtedly the federal presence is going to increase.

All of the machinery is in place and has been in place for quite some time, now.  The harbinger of things to come was already outlined by Obama, on January 14, 2014 in a White House Press Conference:

“…we are not just going to be waiting for legislation in order to make sure that we’re providing Americans the kind of help they need.  I’ve got a pen and I’ve got a phone, and I can use that pen to sign executive orders and take executive actions and administrative actions that move the ball forward…”

Now in case anyone hasn’t noticed, the tempo of “town hall” meetings has been picked up quite a bit, especially Obama’s push for more gun control.  In between using taxpayer dollars to campaign for Hillary Clinton and vacationing at Martha’s Vineyard, Obama has “resurrected” the push for gun control.  Coincidentally, this mass shooting occurs barely even a week after Obama met with his plants and puppets to “discuss” gun control policies.  This on the heels of the 9th Circuit Court on which on June 9, 2016 struck down the right to carry concealed as a right given under the U.S. Constitution.  Undoubtedly this one will run right up to the Supreme Court for a liberal “reinterpretation” of the Second Amendment.

This latest incident will give him the juice to proceed with an executive order.  We knew that it was inevitable: a pretext would be created to provide “justification” for either some form of gun registration (this always leads to gun confiscation) or the emplacement of martial law.  Remember, the UN and the globalists are just waiting in the wings for the ability to take down the United States and confiscate the firearms.

On September 25, 2013 John Kerry signed the UN Arms Trade Treaty, “On behalf of President Obama and the United States of America.”  Seems to this author that the United States of America didn’t really have much of a say-so on this issue.  There are many who will say, “Well, in order for that treaty to be exercised, it will have to have the Senate approve it.  Even then, it is onerous to the Constitution…Marbury vs. Madison, and all.”

Let us remind ourselves that Obamacare was not able to be rammed through as commerce, so they confirmed that it is a tax.  Only trouble is…it didn’t originate in the House of Representatives, now, did it?  Yet here it is.  This next round is for the firearms, and they’re ramping up for it from every angle: domestic terrorism, and the constant global threat of terrorism. Some catch phrases here that will come into play: “In the interests of national security,” and “in the interests of public safety.”

The bottom line: they can’t take the U.S. down without taking the guns out of the hands of its citizens.

Don’t forget some of the other wonderful agreements, pacts, and statements of understanding Obama has drawn up with countries such as Canada, Russia, and others to bring their forces onto American soil to help “enforce order” if the President of the United States – Obama – is unable to enforce the laws under his administration.  According to the UN, only “authorized state parties” (referring to the governments and their armed forces and police apparatuses) are to have any firearms.

Executive Order 13603 is the one that confiscates all of the resources under an emergency (men and materials, the former being forced labor).  The NDAA provides direction for the inculcation of martial law during an emergency and the indefinite detention of American citizens with neither a writ of Habeas Corpus or a trial.  We are seeing the draconian measures taken in the private sector and the banks in terms of limiting cash withdrawals from the institutions and the ATM’s.

They need a war or a false flag to start the whole ball rolling and this shooting is just the beginning.  “Wag the Dog” never really stopped playing…only in the theaters.  The federal government picked up the movie and has been writing the sequels and following them as policy, both foreign and domestic.

They are telegraphing the left hook: they are going to use this incident to come for the guns, starting out with “assault” weapons and high-capacity magazines.  Hillary will use her clout and get behind it, but it is Obama who will make it happen.  Why?

Obama is the outgoing president: he’ll make the gun control happen, so that it isn’t an uphill battle for Hillary.  What can’t be obtained through Congress will be obtained by EO, and “justified” by the false flag incident where he “had to act for the public good.”

This is just the beginning, and it may very well be that it isn’t just the firearms that come under fire with an EO.  One or two more of these type of incidents and they’ll roll out the martial law juggernaut.  They didn’t put all of these measures into place as a hobby, and with 315 million Muppets, the faster they act with a situation such as this, the easier it will be to control the public and inculcate these measures before they even realize what has happened.