The Psychology of Desperate People: 15 Dead, 40 Injured in Food Stampede in Morocco 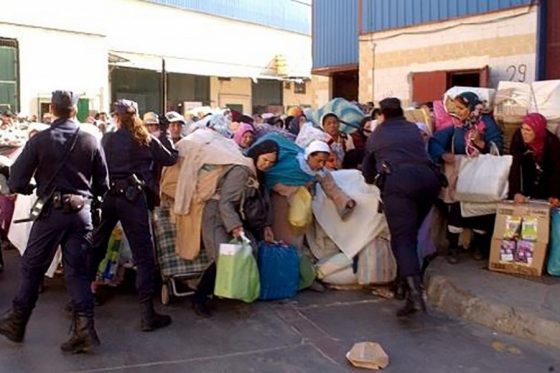 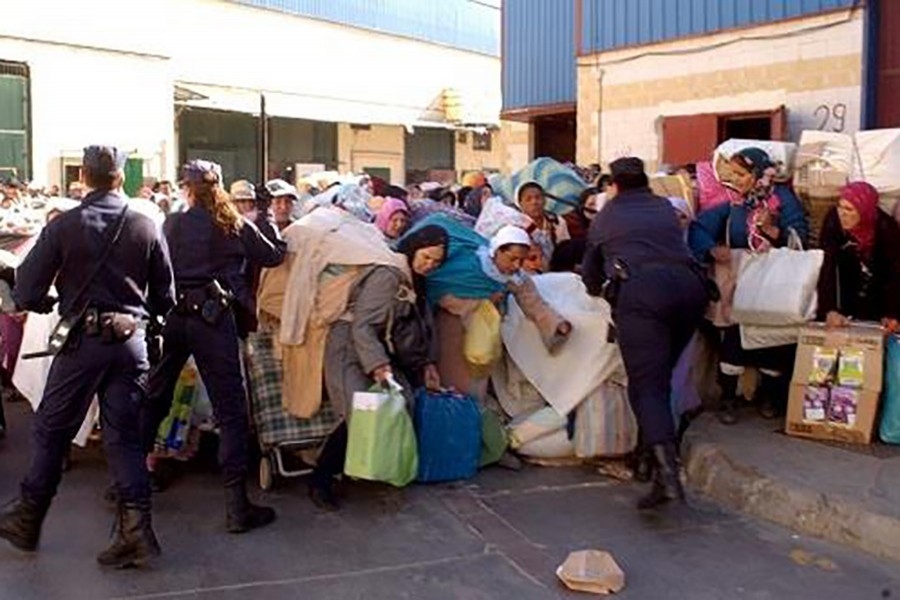 In prepper lore, there is a theory about how badly desperate people are likely to behave. Many folks outside the community scoff at this theory. They believe that we have become more civilized than to utilize violent measures when hunger strikes.

But an incident in Morocco the other day showed us exactly how hungry people behave. And it isn’t pretty.

Food was being distributed in a rural market in Sidi Boulaalam, a poor village. Women had come to the market with baskets to get food for their families, when suddenly, what could only be described as a stampede erupted.

At least 15 women died and five were wounded in a stampede during a food distribution operation on Sunday morning in rural Morocco, government officials said.

The victims were crushed as hundreds of people, mostly women, gathered to collect baskets of food at the market…

…In the aftermath of the stampede, clothes and other personal items were left scattered across the ground. (source)

That number was later updated to 40 people who were injured in the crush.

Witnesses told local media that this year’s annual food aid distribution at a local market in Sidi Boulaalam, an impoverished town with just over 8,000 inhabitants, attracted a larger crowd than usual.

“This year there were lots of people, several hundred people,” a witness who asked to remain anonymous told AFP news agency.

“People shoved, they broke down the barriers,” he said, adding that the injured had been evacuated to a hospital in Marrakesh. (source)

Here’s a video of the aftermath in this Tweet. (If it won’t play for you, go here.)

Food delivery was supposed to bring relief. Instead, it caused a deadly stampede in drought-stricken Morocco. pic.twitter.com/QslXgLZEfu

The value of the food being handed out? $16

15 families were left without mothers over $16 of food. To be fair, villagers in that part of the world live on about $3 per day, but still – this shows what desperation can do.

It happens somewhere in the world every day. Here are some acts of desperation that have happened just in recent months.

When you are desperate, the normal rules do not apply.

Every year, we get a glimpse of this kind of insanity in America.

Every year, on “Black Friday” we get a glimpse of the kind of behavior that causes people to be crushed to death and assaulted. The day after Thanksgiving (ironically) people get up before daylight, stand in line, and shove their way through a crowd to get the best deals. (Stay tuned this weekend for the 2017 Black Friday Hall of Shame.)

And they aren’t even hungry.

People climb all over each other for cheap electronics. Fistfights erupt over vegetable steamers. People are ready to throw down and do battle for sale priced bath towels and televisions.

I’d hazard a guess that folks who spend time and money fighting over electronics are not the kind of people who prep. That means that these are the people who will be hungry in a long-term disaster. Look at those people, stampeding to get to a sale on things that they don’t actually need to survive. Their inhibitions are loosened because those around them are behaving in the same way.

You have to look at the psychology of this.

People can justify pretty much anything when they or their children are starving. And I can understand that to a large degree – who could stand to watch their babies suffering? But if someone can devolve to the above degree just to because everyone else is doing it, the chaos we saw above is only a tiny sample of what could come if people were truly hungry.

The line between civilization and THIS is very thin.

In a desperate situation, you have to be ready for desperate people to behave in a desperate manner. It happens in real life all the time. Somewhere on this planet, someone is desperate and they will do anything to meet their needs.

It only takes one person to start the charge in a tense scenario, and when that happens, the others will follow.

Don’t count on the rules of “civilization” to save you.