The Psychological Bubble That Has Been Propping Up The U.S. Economy Is Starting To Implode 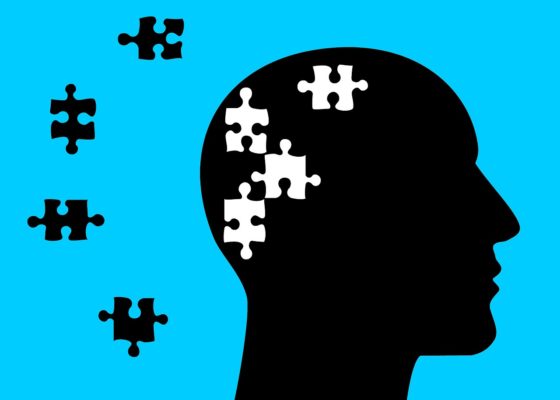 Optimism can be a very powerful thing. For a long time Americans believed that things would get better, and that caused them to take action to make things better, and that actually resulted in things moving in a positive direction. But now things have abruptly shifted. In late 2018, an increasing number of Americans believe that an economic downturn is coming, and they are taking actions consistent with that belief. As a result, they are actually helping to produce the result that they fear. And without a doubt, any rational person should be able to see that signs that the U.S. economy is slowing down are all around us. So it isn’t as if those that are preparing for the worst are being irrational. It is just that when large numbers of people all start to move in the same direction, it has a very powerful effect. We witnessed this in the stock market in recent years when people just kept buying stocks even though they were massively overvalued. The collective belief that there was money to be made in the stock market became a self-fulfilling prophecy which pushed stock prices up to absurd heights. But now that process is beginning to reverse as well, and ultimately the unwinding of that bubble will be quite painful.

Over the past couple of years the dominant economic narrative that the mainstream media was pushing was that the U.S. economy was “booming”, and this encouraged businesses to expand and consumers to go out and spend money.

But now the dominant economic narrative has changed, and businesses are starting to take actions that are consistent with the new narrative. In the retail industry, if executives truly believed we would see an economic boom in the years ahead they would be expanding, but instead stores are being closed at a record pace…

Mall and shopping center owners across the U.S. are preparing to be hit by more store closures, following a brutal year that included department store chains like Bon-Ton and Sears going bankrupt, Toys R Us liquidating and even Walmart shutting dozens of its club stores.

Now, a slew of specialty retailers like Gap and L Brands are getting serious about downsizing, which will leave more vacant storefronts within malls until landlords are able to replace tenants.

In other words, economic activity will slow down.

Another sector where there has been a major psychological shift is in the real estate industry. Home prices have been falling all over the nation, and this includes markets that were once extremely hot such as San Francisco…

In San Francisco, the number of homes with a price cut in October nearly doubled, to 238 from 124 last October, according to data from Realtor.com.

That’s nothing compared to Santa Clara County, where the number of price cuts rose to 818 last month, more than six times last year’s number. Santa Clara County had been one of the nation’s hottest markets this year, and the Bay Area’s price appreciation leader until September.

“Clearly, there is a market shift,” said Rich Bennett, a Zephyr agent in San Francisco.

If homeowners believed that this dip was just temporary and that home prices would start surging again next year as the U.S. economy thrives, it would be quite foolish of them to slash their prices like this.

In some cases, home prices are being reduced by hundreds of thousands of dollars. Why throw all of that money away if the market is going to bounce back shortly?

Over in the auto industry, there has also been a noticeable psychological shift.

If the U.S. economy was going to be doing extremely well in the years ahead, the major automakers should all be gearing up for record sales.

But instead, General Motors just shut a bunch of factories and laid off 14,000 workers, and Morgan Stanley analyst Adam Jonas is projecting that Ford will soon be laying off large numbers of employees…

“We estimate a large portion of Ford’s restructuring actions will be focused on Ford Europe, a business we currently value at negative $7 billion,” Jonas wrote. “But we also expect a significant restructuring effort in North America, involving significant numbers of both salaried and hourly UAW and CAW workers.”

Ford’s 70,000 salaried employees have been told they face unspecified job losses by the middle of next year as the automaker works through an “organizational redesign” aimed at creating a white-collar workforce “designed for speed,” according to Karen Hampton, a spokeswoman.

“These actions will come largely outside of North America,” Hampton said of Ford’s restructuring. “All of this work is ongoing and publishing a job-reduction figure at this point would be pure speculation.”

If farmers believed that the trade war was just temporary and that things would soon swing back in their favor, many of them would keep trying to hold on for as long as they possibly could.

But instead, farm bankruptcies are absolutely surging…

A total of 84 farms in the upper Midwest filed for bankruptcy between July 2017 and June 2018, according to the Minneapolis Star Tribune. That’s more than double the number of Chapter 12 filings during the same period in 2013 and 2014 in Wisconsin, Minnesota, North Dakota, South Dakota, and Montana, reported Vox.

Farms that produce corn, soybeans, milk, and beef were all suffering due to low global demand and low prices before the trade war, according to economists, but president Trump’s trade war is making the problem even worse by exacerbating the weaknesses in the American economy. China has retaliated against the tariffs by slapping billions of dollars worth of tariffs on United States agriculture exports in response to Trump’s tariffs on Chinese products. Other countries, including Canada, have also added duties to US agriculture products in response to Trump’s tariffs on all imported steel and aluminum.

Most Americans want to have hope, but when they look at our economic situation all they see is a very bleak future.

And in some parts of the nation, there still hasn’t been any sort of a “recovery” from the last recession. For example, a recent Bloomberg article took a hard look at what conditions are currently like in eastern Kentucky…

Tiffany Hensley’s drive home takes her through some picturesque scenery, and an ugly economy.

“The first thing you see when you get down here is beauty,” says Hensley, midway through her shift at a diner in the rolling hills of eastern Kentucky. “But then you get to looking around. It’s real rough.’’

Of course eastern Kentucky is far from alone. Yes, coastal cities such as San Francisco and New York have prospered in recent years, but rural communities all across America have been deeply suffering.

And now economic conditions are deteriorating once again nationally, and things are about to get a whole lot tougher for everyone.