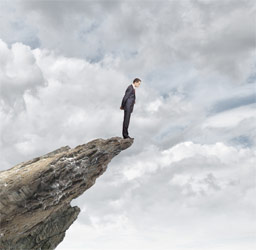 The entire system has been revealed for the sham it really is since the start of the New Year. Stock markets are crashing, the global economy has stalled, and the powers that be appear to have lost control.

As Andy Hoffman of Miles Franklin notes in his most recent interview with Future Money Trends, the only thing they are able to manipulate now are a few markets that include the Dow Jones and the gold and silver trade.

2011 is when the, let’s call them, The Powers That Be realized they were losing… they were three years into their post-2008 money printing frenzy and they were failing… Europe was failing… The U.S. had been stripped of its triple-A credit rating… all the markets were falling apart… and they were worried about Greece and all this…

They have lost control of everything… there is nothing that the Powers That Be haven’t lost control of… except the Dow Jones propaganda average and related major stock averages… and paper gold and silver.

People don’t realize that the global economy now is ground to a halt…  last week there was not a single cargo ship on the entire Atlantic Ocean… every currency in the world is at or near its all time low.

We’re talking about everything is falling apart everywhere.