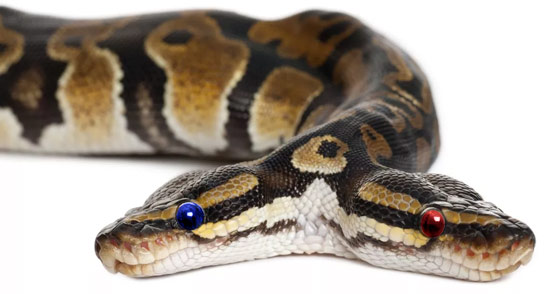 As I wrote in several previous articles:

Over the course of the past week and the attempt to rid the United States of the abomination of Obamacare, the true nature of the state of things…the stance of our government…has revealed itself.  Here is how they have done it:

When Obama was in power, the Congress stamped their feet and yelled with “faux” frustration: powerless to reverse Obamacare.  Now Obama is gone and President Trump is in, and it is Congress…the Republican-controlled Congress, mind you…that will not get rid of Obamacare.

Citizens, let the investigations begin!  How many of these globalist lackeys, these pseudo-Republicans in Congress are on the payroll to vote to keep Obamacare against the will of their constituents?  Just in the manner of John Roberts of the Supreme Court: either paid or threatened to cast his vote.  Scan the accounts, check the deposits, and follow the money.  Always follow the money!  Who has been paid?  They can be found and the money can be traced to the paymaster(s), to the globalist oligarchs and/or their institution/LLC/NPO/NGO, etc.  I call all of it “Seesaw Tyranny,” the method they are using to push the paradigm shift.

“Seesaw Tyranny”: When 1/3 or 2/3 of the three “checks and balances” branches (President, Congress, or the Supreme Court) takes the blame for heinous laws or a failure to repeal them, and the remainder hops up and down, feigning indignation and pretending to be against what has happened…the subversion of representing the true will of the people.

That is what we have here, folks.  Start the investigations.  This is a Republican-controlled House of Representatives, and a Republican-controlled Senate.  The leaders of each have feigned indignation and incredulity…but they were also ones who took a firm stance before the Presidential election not to repeal Obamacare, but to repeal and replace Obamacare. They are Ryan and McConnell.  It’s time to function in the manner of “Madame Defarge,” and knit ourselves the lists of those Republicans who are against repealing Obamacare.  Then let the investigations begin, and start them out by following the money.

What is at stake here is that the government must…must…have a foothold to carry out intrusive acts in our lives.  The vehicle is the requirement by law to have health care coverage.  For more than 100 years, healthcare coverage required by law was the goal, and they will not…absolutely not…relinquish that control now that they have it!  They must have the ability to demand that we have it in order to control our money, our occupations, our children, and our lives!

Remember: Those bastards exempted themselves from the requirement to have it.

If this is not repealed, it will sit and fester.  The end goal is right out of Cloward and Piven…to use the existing system to collapse the society…and Obamacare is the vehicle.  This is the vehicle to crush the middle class and saddle them with the burden of the poor…the “patsies” lured into supporting the Marxists with bread (EBT cards and food stamps) and circuses (free cell phones, free everything).  The middle class collapses under the burden as the taxes steadily increase…and we pay for the jailers to fortify and refine the prison walls that confine us.

These pseudo-Republicans were paid off…to maintain the existing order (in this case Obamacare).  Meanwhile, the media and the Democrats will continue to work against everything that the President does…to stymie productive results…and the fickle populace will put the Democrats in control of Congress again…then the Democrats (Marxists) will keep pushing for the paradigm shift and eventually limit the President to one term.  Then Obamacare will be here to stay, and worse.  Do you think that’s the end state?   No, just the means to the end state…one as horrible as you can imagine, making “Soylent Green” appear tame.  They’ll also use our children as a weapon: a means of attaining compliance.  Tell me where a 26-year-old is a “kid” and his parents obligated to keep health care coverage for him/her.  No, it is about control.  Dominion.  Enslavement.

The future of this country is on hold right now.  What we need is for the President to go above and beyond the call of duty to save the country.  He must reign in these Republicans.  He must succeed by making the changes he promised in his campaign and show successes to a population with the attention span of a gnat whose votes can be bought by handouts.  He needs to take the gloves off, put a roll of quarters in each hand, and then put the gloves back on.

Vince Lombardi: “Winning isn’t everything, it’s the only thing.”

We can’t afford to lose this one, and we only have until November when the battle really becomes joined.  Obamacare needs to be repealed and renounced, not repealed and replaced.  All Republicans that went against the repeal need to be investigated.  They need to be “repealed,” (removed) and replaced with representatives who will vote the will of the people and represent the people.  It’s all BS anyway: we’re going to be subjected to this “seesawing” of nothing being accomplished.  The subterfuge and sabotage by the Democrats and the pseudo-Republicans will continue for a “watered down” brief hiatus from the last 8 years of nightmarish misery…until a return to power by the Marxists.  Those pseudo-Republicans are the ones who will enable it.  Picture Elizabeth Warren in four years as the President with her husband, Cass Sunstein in the White House.

This battle against the President’s reforms and changes with Obamacare is only the beginning.  It is a battle on many fronts with numerous issues.  As citizens, we need to investigate these pseudo-Republican traitors who have not carried out the wills and wishes of their constituents.  The political parties are an illusion, but there is one thing that is not illusory: the absolute desire of government to rule without the consent of the governed and to relegate the governed to a position barely above that of cattle.  The President needs to take the gloves off and throw the Marquis of Queensbury rules aside in order to win.  We the People need to help him do it.  If not, we’re going to lose this country even before the next presidential election and fall into the hands of the globalists.  Should that happen, all our freedoms will die, and so will we as a nation.  The time to act is now, and the responsibility to act is ours.

The Transformation Of Our Nation Into A Complete Surveillance State Is Almost In Place: “You’re Known, Your Vehicle Is Known, Your Daily Itinerary, Shopping Habits… It’s All Being Recorded”