The One Thing You Need To Survive: “Everything Else Is Just Talking and Wishful Thinking” 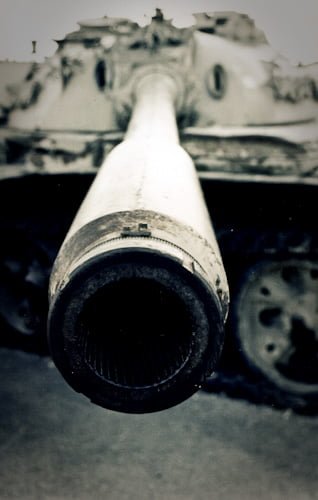 Editor’s Note: You’ve stocked your pantry. You’ve prepared your supplies and reserves at off-site locations. You’ve developed skills like shooting, food production and trauma care. You have primary, secondary and tertiary plans for evacuating your home or digging in and defending it. For all intents and purposes, you’re ready. At the very least you’re more prepared than 95% of the country. There is no doubt that if you’ve taken steps to prepare for an emergency or disaster ahead of time that your odds of survival have increased significantly.

Then it hits the fan and you implement Plan A. And it hits the fan again and you go to Plan B. But the scenario you face is relentless, hitting you over and over again until your best laid plans and supplies are wiped out.

Real survival in crisis situations isn’t just about storing goods ahead of time. It involves something a lot more personal.

In the following article a real survivor shares his experience. Selco from SHTF School has lived it. When he fought for his life during the Balkan war of the 1990’s, in what he describes as one year in hell, they never saw the collapse of their nation coming. They didn’t have forewarning or the ability to stock up months or years ahead of time.

From one day to the next the world changed.

As Selco explains, having all the gear is certainly an advantage. But it’s not the most important part of making it out alive – nature is brutal and it doesn’t care how hardcore you (think you) are.

Common sense and being able to make quick decisions in the heat of the moment is just as, if not more, critical than all of the preparedness plans you’ve assembled.

The one thing you’ll need to survive when all hell breaks loose is an ability to adapt to an ever-changing, unfamiliar landscape.

Common sense survival. The return of natural selection.
By Selco

How do you imagine a real survivalist?

Is it a man hidden inside an underground bunker with food for 10 years, completely cut off from outside world? Or is it the guy with the crazy haircut driving a bike on methan, in a full leather outfit with communicaton skills that are not more than screams and some strange gurgling noises, armed with swords from fantasy games and maybe a chainsaw on the back?

Both examples are something like strange fantasies or for some even wishes (“I want to be like that”) that I saw on more than one survival forum, or TV shows.

There is also picture of the big savior – the guy who will do only good stuff, save other folks when SHTF, and survive everything. There is a strange opinion in some people that having a stance like “I’ll do only that when SHTF,” either only good or only bad in terms of pillaging and robbing, will keep them safe. If you look at how things happen in nature, you know the natural way does not always mean a happy ending.

Lots of regular people in today’s society see us prepper and survivalists as weirdos in camouflage suits, conspiracy nuts and similar. Most of them are right, lots of “survivalists” also help in building that image of survivalists. It is hard for some people to just shut up and prep, which is what they should do to keep low profile. But some people make survival so much a part of who they are they want to show off. Their choice.

The point is that there are lot of definitions of survivalists there, and each one of them is as if it is “written in stone.” I think survival is more about how you are as person and not what you expect. Once disaster strikes, you will see tough guys helpless and regular guys become strong forces. True nature shows up.

Several days after the shooting started I arranged with friend that he will pick me up with car so we can go and finish some job. We went to a relative’s apartment to look for useful stuff but everything was looted already. In that time vehicles could still drive, but shootings were everywhere and checkpoints too. So violence within the group of people who were caught up in the city was combined with the shooting and shelling from enemy army.

At this point in time, nobody knew who was shooting who and why, and what groups stand on checkpoints, but people already got killed.

When he came to pick me up I noticed that rear lights on his car were smashed, broken. And inside car he had some kind of steel plates with hooks and wooden bars that you could kinda attach to the inside of the door.

He explained to me that he smashed rear lights when he concluded that people get killed when snipers and machine gunners spot them after they hit the brake in the middle of the night during driving (lights are not used anyway during the drive).

That driving with him was closest thing to the apocalyptic Mad Max version of driving. It was still possible to drive through the street, but it was full of junk, debris, and bodies here and there. He used big lights occasionally when he really needed to see something, but only for sec or two, other than that he was driving in the dark.

On our way back he changed the position of some steel plates inside the car because he expected different directions of possible incoming bullets.

We survived that drive. That dude was not an ex special forces member, or guy that you imagine, some strong tough dude. He was simple family guy, he worked as a postman before everything.

He had no experience with violence, gunfire or anything similar other than dogs barking at him while he delivered mail.

A great number of people got killed because they “waited to see what is gonna happen”, other folks started to use common sense early and survived (at least more of them, because no matter what we do there is always factor X – that you are simply at the wrong place at the wrong time).

Those who can switch fast and let ideas of normal life go increase their chances for survival a lot! Many “fantasy” survivalists will wake up to a big surprise that things are not like they thought. It is true you should understand and know what to expect but even more important is to quickly change your way of life, how you think about security. A flexible thinker survives because they have many options to do things and react if they have to.

Another time the shelling caught us on the inside of one of the apartment buildings, group of some 5-6 of us. Whole floor collapsed around us and on us.

Few seconds later we get on our feet, and find out that one of us is half buried under the rubble, other ones get minor wounds and scratches. We started to dig to uncover the buried guy, after that we realized that he was almost shredded from his thighs down, and his feet were under the piece of concrete wall.

After one try to lift him, we realize that there is no way to do it.

His legs were in so bad shape that while I was trying to do some kind of bleeding control I realize that actually I do not have clue what leg is left and what is right. It was simply all messed up and mixed from thighs down. Under the knees I could see that all was mixture of white and red, pressed and mixed. And he was screaming big time.

Shelling started again, with pretty big chance for all of us to be buried under the walls. I would be a liar if I could say that I did not wanted to leave that dude there stranded, and just get the hell out of there, but somehow I still stupidly was trying to stop bleeding with straps from the shirt.

Then (luckily) one of the guys stepped out and pushed me. Then with a rifle bayonet he simple cut off almost amputated feet from stranded guy who luckily passed out, took him on his back and said “OK, lets go“. After we left the place, it collapsed from shelling. And strangely stranded guy survived everything.

If that dude did not cut his feet off we probably all got killed, or would have just left that man to die there.

Luckily one of us had common sense to do what has to be done in a very quick and efficient way, and he did not have any medical knowledge.

A real survivalist is a man (or woman) who knows what to do in a certain moment. Everything else is just talking and wishful thinking. If you want to increase your chances to survive, then learn to take action quickly. Your knowledge and your skills will help you to make the right decisions and execute actions better.