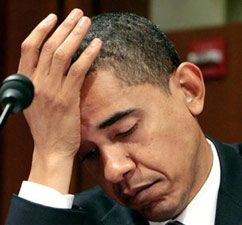 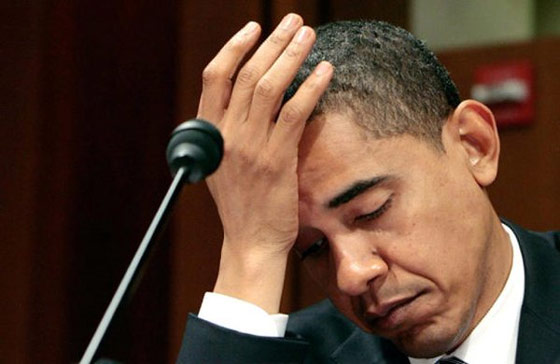 Rapacity performed by an outgoing Democratic president is intentionally downplayed or simply ignored by the mainstream media.  We saw such unbridled rapacity in the atavistic way the Clintons left the White House when they departed in 2000.  They stole and/or vandalized furniture and furnishings of the White House and left it in a deplorable state.  From a perspective of his official actions, Bill Clinton did things such as pardon Tommy Rich and closed a few loopholes to ensure his Clinton Foundation deals did not fall apart after he surrendered the Oval Office.

The Obamas are not following suit in the manner of the Clintons with pillaging the White House for three reasons.  Firstly, although he committed dozens of offenses that would have merited it, Obama was not impeached, whereas Clinton was.  For those who may hold askance with the conditions of impeachment for Obama, let us remember that under the parameters of the National Defense Authorization Act and the tenets of more than half a dozen overlapping executive orders, the United States (and the world) were “redefined” as a “battlefield” in the war on terror.  The emergency status has never been lifted: that status was affirmed and inculcated under the Bush administration shortly after 9/11 that categorized us as being in a state of war (against terrorism) and a continuous state of emergency.

Under such “wartime” conditions, the words of Obama in 2012 were clearly treasonous and constituted an impeachable offense.

Obama declared on television to Dmitri Medvedev his intention to unilaterally exercise his powers (exceeding his authority) as the President to reduce American missile defenses in Europe (not a “treaty” action for later ratification by the U.S. Senate) without prior Congressional approval.  This was a promise specifically directed to a foreign leader (indirectly through Medvedev) that would weaken America’s defensive capabilities and circumvent Constitutional Law and Congressional approval during wartime.  This is treason.  “Tell Vladimir I’ll have more leeway after the election” is nothing less than treason, as eloquently revealed by Obama’s “hot mike” in 2012.

This is merely one example of dozens, but as previously mentioned, all those dozens of examples are merely thrown eggs, which do not stick to Teflon.

Secondly, Obama is the primary candidate for the Democrats to run for president in 2020. After the inauguration of Trump, there will then only be 3 years and 7 months to go before the next presidential election.  Obama’s campaign for “Yes We Can…Again,” will begin in about 2 ½ years.  If he had been able to run in this last election, he would have won hands down and smoked Trump in the manner of a cheap cigar.  We know it, and he knows it.  If anything, his popularity has risen substantially now that the election is behind us.  The media are now portraying him and his wife in that glowing “Hallmark” type of picture with mist around the gold-leaf framed portrait.

Such a Pravda-like portrayal completely dismisses the torments of the past eight years: the Holodomor-like starvations of Michelle Obama’s enforced school lunch malnutrition crusade inflicted on American children while her daughters dined carte blanche at the Friends Private school on taxpayer dollars; the crippling of the U.S. economy and planned destruction of the manufacturing base; the weakening and reduction of the military; the enrichment of an army of Executives and Oligarchs who fawningly marched in lock-step with the administration’s policies while outsourcing the entire U.S. economy; the continuous onslaught of moral depravity inflicted on families, businesses, and social structures through Draconian edicts and “color of law” rubber stamping by the kangaroo supreme court.

In eight years, Obama has taken the United States of America to the level of a third-world country with crippling debt, massive unemployment, the fostering and increase of a welfare-based society, a deteriorated and ramshackle infrastructure, massive inflation, and an almost worthless fiat currency on the brink of collapse.

On March 23, 2010, he cajoled, pushed, back-doored, and forced the legislative enslavement of every citizen of the United States under the (Un)Affordable Care Act, or “Obamacare.”  Barack Hussein Obama II has made every citizen beholding to the State, and dependent on the State to certify that person as being in “good standing” and “paid up” under the law – the law that he created.

To digress: any other country’s citizens (Egypt is a prime example with the ousting of Morsi and the Muslim Brotherhood to reverse the Obama administration’s actions) would have risen with clubs and pitchforks, burned the capitol to the ground, arrested and imprisoned every lawmaker, and forced the leader either to flee, to later be captured and tried or to be ripped to pieces and never make it to a courtroom.

But the legend of Obama’s “legacy” is being created by the mainstream media even as we speak, setting the stage for “the statesman” to return.  Do you know when he’ll return?  In a couple of years, akin to MacArthur striding through the surf and onto the beach…campaign time of 2019/2020…after the Oligarchs and the Marxists have sabotaged Trump’s efforts and derailed a recovery…all the while with the media to support the sabotage and foster it.  You don’t think Alec Baldwin (who absolutely hates conservatives) will stop portraying Trump, do you?

All of this falls in line with crisis manufacture, the subverting of public opinion, the creation of public dissent, and then the rise of the messianic figurehead to lead the crying, helpless public out of the doldrums.  Obama will be that figure.  He already is.  They don’t even have to create him; the media simply needs to rekindle a longing for him as a “Father” figure/Mr. Goodbar among the majority of the non-working, non-taxpaying public…a longing to return to “Good Times,” when the administration gave those who produced nothing everything…at the expense of those who produced everything while the administration left them with nothing.

Thirdly, Obama hasn’t left office yet, and he has been actively fostering the passage of “minute to midnight” legislation and actions, such as a no-fly zone in Syria, the demonization and potential criminalization of the alternative media, the solidification of his already-crafted executive actions enabling the EPA and other bureaucracies to continue in theft (I’m sorry, misappropriation of taxpayer monies…commonly termed “reallocation”) and enforcement, and the placing of the United States in precarious positions in numerous theaters where war could commence in the blink of an eye.  He hasn’t left yet, and a lot can happen in a month.

Bill Clinton knew he would not return to the White House.  He was a major “negative” in the cap of Hillary Clinton’s campaign, and in true trailer-park fashion, they vandalized the White House and stole furniture.  Keep in mind they would have done more if they could have gotten away with it.  Clinton and his lovely wife stole billions of dollars, sold military secrets to the Chinese (read the book “The Year of the Rat” for further insight into this), and enriched themselves on taxpayer dollars while murdering and destroying people along the way.

But Obama is smarter than them…both he and his wife are quieter, more purposed, more cunning, and more effective.  They are also more patient.  This cycle has happened before.  They just have to stand back and allow Trump either to be derailed or for Trump to make a mistake and derail himself.  Then they will return to campaign again.

The basis for such a possibility is the success that Obama had in destroying the country while ensuring (even with Solyndra, Fast and Furious, Benghazi, and the comment to Medvedev as a few of the many examples) that nothing even came close to touching him or threatening him with removal of office.

A 100% success ratio. He just didn’t have enough time to finish.  But he will have another opportunity in 2020, and you better believe that he’ll take that opportunity when the time comes.  He may leave the White House, but that doesn’t mean he will not return to it again.