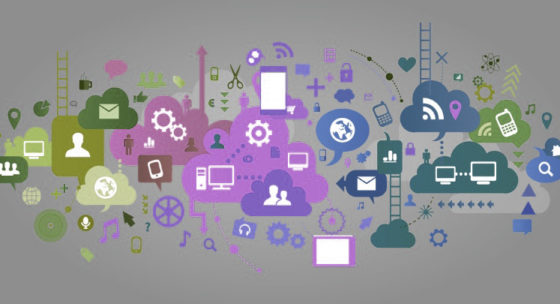 Lately, I’ve written a lot about the alternative media purge and how Big Tech social media platforms are attempting to control the narrative, the elections, and public perception through censorship and financial blacklisting. Lots of people are ready to leave websites like Facebook, Twitter, and YouTube for less-censored pastures. But what are the social media alternatives that are currently available?

Here are some social media alternatives to check out.

Before we get into the alternatives, please understand that all of them will start small. None of them will be able to take on Big Tech without a lot of help and support. We’ve gotten used to free social media because the companies with whom we’ve dealt have virtually raped us, reading our so-called “private” messages, and pillaging our date to sell to the highest bidders. So really, it isn’t that free after all.

You probably won’t find your parents, your best friend from kindergarten, and your Aunt Suzie on these platforms – not yet, anyway. But what you WILL be able to do is speak without fear of censorship. You’ll be able to find your favorite alternative media sources there and find answers that simply aren’t supported by the mainstream.

The only way to change this dystopian atmosphere is to actually make changes ourselves. Go where the freedom is!

MeWe calls themselves The Next-Gen Social Network. They raised $4.8 million and launched back in 2016 to take on Facebook and Twitter. They’re about 6 million members strong so far and Mark Weinstein, the founder, plans for it to be 500 million by 2022.

“In the future, MeWe will also revolutionize social media with decentralization, which will render Facebook’s spying and tracking data model completely obsolete,” Weinstein added, a comment that suggests he is indeed trying to replace Facebook. “Awareness around the world has never been higher regarding news feed manipulation and privacy infractions. Government regulations will never truly interfere with Facebook’s data collection model, evidenced in both California’s new 2020 privacy rules and Europe’s GDPR. But the free market can — and MeWe is here giving people great communication technology in a true multi-feature platform, with none of Facebook’s BS.” (source)

Gab.ai is a platform that is similar to Twitter. You have 300 characters with which to make your point. It has been called the Alt-Right’s social media alternative and although Gab itself doesn’t censor its users, Microsoft has threatened to take them down due to “hate speech.” A lot of folks who got banned, shadowbanned, or censored by Twitter are there.

Gab founder Andrew Torba feels that they aren’t being portrayed honestly in the media.

We survived a relentless and coordinated smear campaign by the dishonest mainstream media without any outside funding from advertisers or venture capitalists. Our community will continue to thrive and grow thanks to individuals from around the world who believe in putting people and free speech above politically correct corporate agendas.

Gab has always and will always be powered by you, The People. Gab is not just a social network, it’s a social movement. (source)

With any social network, what you see in your feed will depend on who your friends are and who you follow.

You can join Gab here.

Real.Video was started by Mike Adams of Natural News in response to mass deplatforming on YouTube.

This is the YouTube alternative to give voices and free speech to those who are being systematically targeted and censored by YouTube, Facebook, Google, and Twitter for essentially being a pro-Liberty person, standing up for America, standing up for the Bill of Rights or just basic human rights for that matter. (source)

Adams would know about censorship firsthand, since last year, Google delisted his site, Natural News, from its search engine results.

Real.Video is in the process of changing its name to Brighteon.com and hosts numerous videos that were banned by Twitter. It’s still in the developmental stages, so there’s an occasional glitch but thus far it has been a relatively smooth user experience.

Another budding network is Mastodon, which has the tagline “Giving social media back to you.” It’s a free, open-source network, which means that developers can contribute to it because its design is publicly accessible.

Ultimately Mastodon is a decentralized alternative to all the commercial social network platforms, which means that no single company owns it or can monopolize your communication. (source)

I found it confusing to use (maybe you need to be more techy?) and was put off by the fact that I needed to log in via Twitter. Perhaps this is just so you can connect with the same people. It’s always worthwhile to look at your options. Mastodon was started by Eugen Rochko, who was fed up with the changes that Twitter was making that closely resembled the Facebook algorithms.

Last year, after Twitter began moving away from a purely chronological feed, Rochko began building the back end for what would become Mastodon. Instead of building a unified service, Rochko envisioned something more like email, or RSS: a distributed system that lets you send public messages to anyone who follows you on the service. Anyone can create a server and host their own instance of Mastodon, and Mastodon works in the background to connect them. (source)

Here’s a beginner’s guide to using Mastodon, and here’s where you can join.

If you can figure this out, maybe you can explain it to me?

Diaspora is a social network built on three cornerstones: decentralization, freedom, and privacy. To join Diaspora, you have to choose a “pod” which is a group of potentially like-minded people. Each pod is independently hosted which should lessen the likelihood of corporate censorship.

You can follow hashtags that interest you, and you can categorize people by how you know them (family, friends, work, etc.) Then you can control who sees the different things that you post.

Diaspora is decentralized which means no one person owns it. This means that it doesn’t have any form of advertisement and corporate interference. It also does not collect any of your data. When you create your account, you are responsible for your own data and retain the ownership of your personal data.

Unlike Facebook, Diaspora allows you to use whatever identity you want, so pseudonyms and nicknames are fine to display as your profile. (source)

Go here to find yourself a pod on Diaspora.

Or you can join an old-fashioned forum.

I know that personally, I’m not too jazzed about the learning curve of some of these new options and prefer the more familiar layouts of Real.Video (Brighteon), MeWe, and Gab. But honestly, people on social media can just be so horrible that Selco Begovic and I started an old-fashioned forum that is a throw-back to the 90s/early 2000s. I like forums because they’re familiar, comfortable, and they draw likeminded people together.

While there are tens of thousands of forums out there, if you are interested in freedom, self-reliance, and survival, I hope you’ll join ours. For privacy reasons, we ask you NOT to use your real name anywhere on the registration form. All we need is a real email address to send you password updates, etc.

Go here to join The Survival & Self-Reliance Forum with Selco and Daisy.

There are social media options.

Humans are social creatures. No matter how introverted we might be, we all seek connections with others. These days a lot of those connections are online. Thanks to the internet, it’s never been easier to find like-minded people. I personally have friends from around the world who I met online that I never would have crossed paths with otherwise.

Big Tech companies like Facebook and Twitter have taken advantage of our desire to do this. They “hooked” people then they manipulated what the users would see with algorithms. They collected every word you ever typed on social media and made assessments about you so they could sell that information to advertisers. They made a fortune off of every person who ever used their services, and deep down in the fine print, people gave them permission to do so.

Now they’re trying to control the narrative by removing people who dissent against things like war, police brutality, and corrupt politicians.

If you’re looking for an alternative social media outlet, check out some of the options above. They won’t be able to take on Big Tech without us.

Do you use any alternative social media?

Did I leave out any alternative social media options that you’re enjoying right now? If so, please share them in the comments section below.