The Middle Class Is Getting DESTROYED! 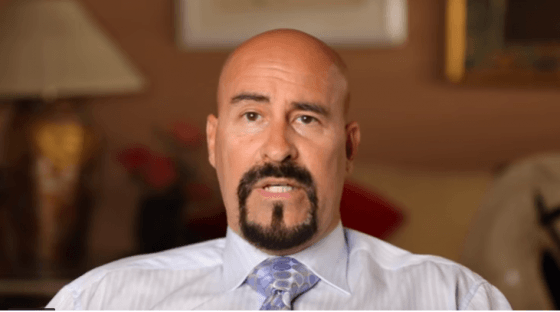 Youtuber Jeremiah Babe tells it like it is, and doesn’t mince his words.  The middle class is getting eviscerated and it’ll be so much worse once the economy comes crashing down again.

In his recent video, Babe says far too many Americans are staring the boogeyman in the face and yet they still ignore the “dangers that are coming with this [economic] collapse.” He added: “I’m absolutely dumbfounded by the lack of common sense here in America in regards to what is happening to this economy.”

While average people are continuing to relate the health of the overall economy to the stock market, they are missing the underlying currents and the destruction that is coming like a tsunami at all of us. So many are simply unwilling to prepare or have put themselves in a financial situation that makes it almost impossible to even begin.  But at some point, it’ll be too late to start…

“The stock market…and mainstream America are so far detached that there’s no way they’re even related at this point,” says Babe. We’ve made this connection before as well. Wall Street and Main Street are two entirely different beasts. “The Fed’s job now is to kick this can as far down the road as they can and keep this thing alive for as long as they can until this thing implodes.”

The American Public Is Over Leveraged: Bankruptcies Are Up 5%

Babe describes this phenomenon as a destruction of the middle class, and so far, it has been. Bankrupcies should be down during a “booming” economy.  People should not be going into debt to stay in the middle class and people wouldn’t be using their credit cards to buy food if everything was fine and the economy is expanding as we’re being told.  Babe also points out that while wages likely aren’t completely stagnant, they certainly are not keeping up with the cost of food, housing, healthcare, and other expenses.

The sad truth is that far too many don’t want to face the reality of what the central banks have done.  They’ve transferred the wealth of the middle class to the elitists through inflation, money printing, dollar devaluation, and taxation and it’s impoverished people. The elitists have done this right before our eyes and are still getting away with it, as people blame each other instead of the monster that’s manipulating them. Unfortunately, it’s going to take something drastic for most people to wake up and realize the damage of having others control their lives and currency.

The reason we harp on this and Babe continues to make his videos is so we can enlighten and perhaps help a few people see what’s coming.  It’s better to have too much information and an understanding of what’s going on than it is to not have enough.  If you haven’t yet started, now is the time to prepare your personal finances for what’s coming. This will be a SHTF incident and making a plan is your best bet!